Letter to My Alma Mater: Athletics

For this third installment of the “Letter to My Alma Mater” series, former MPCS athletes offer their perspectives on making the transition from the field to the real world. Along the way, these alumni have made the MPC Way a part of their core values, demonstrating humility, passion, integrity, relentless pursuit, and a commitment to excellence in all they do. 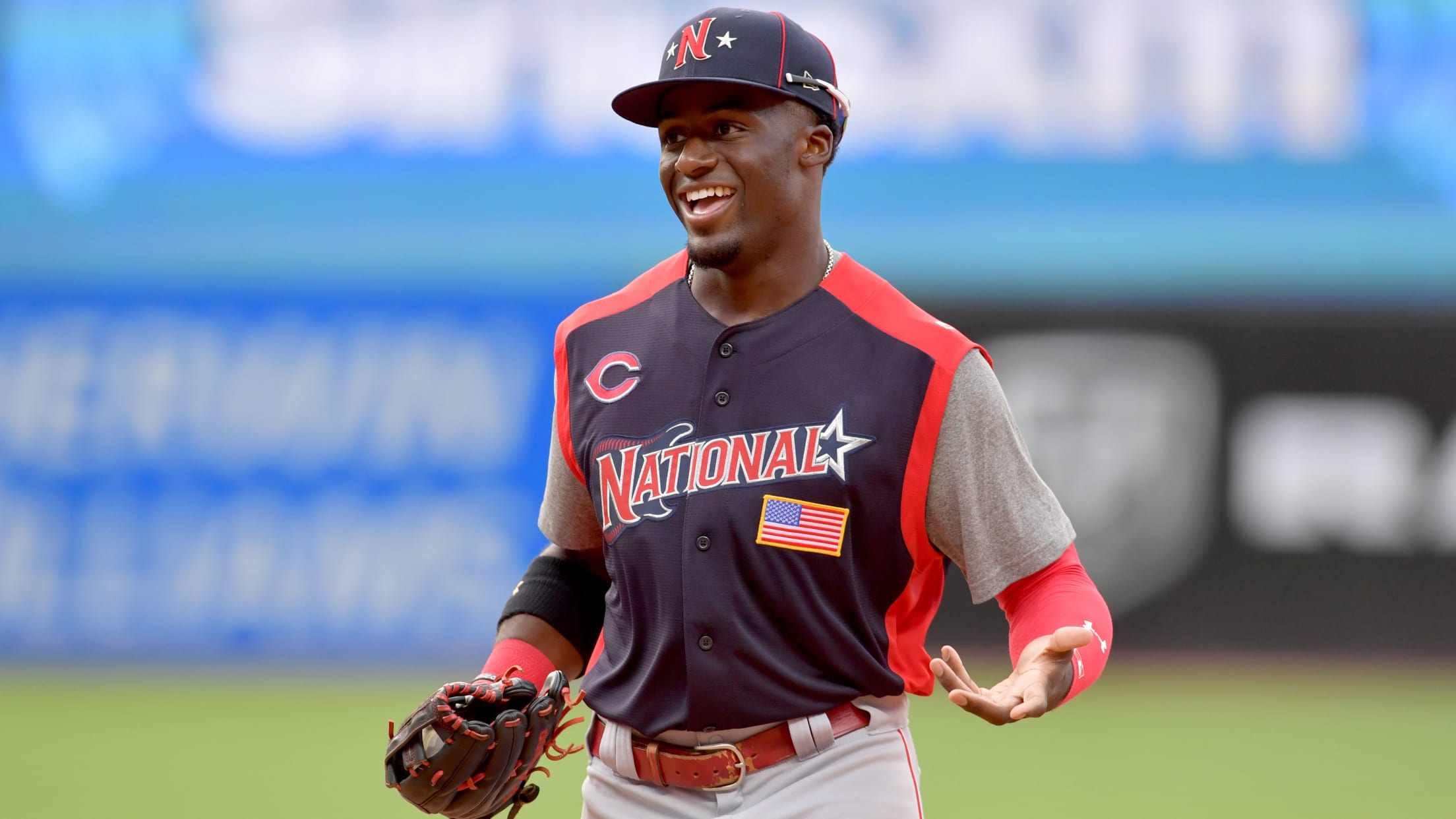 TRAINING STUDENTS FOR THE BIG LEAGUES

Mount Paran Christian School primes its student-athletes for their future careers, be it in an office setting or on the ball field. For Taylor Trammell ‘16 it was the latter. Taylor was first-round overall draft pick number 35 in 2016 by the Cincinnati Reds. While at MPCS, he was awarded the Ron Mulkey Eagle Award, the most coveted servant-leadership award for seniors. 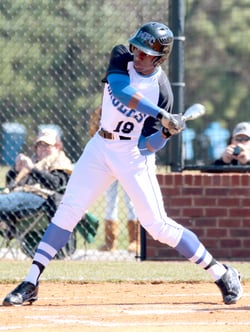 Taylor remembers practices including a devotion focusing on character development and being a good teammate. He remarked:

"The quotes Coach Reese shared often gave me encouragement throughout high school, both in the classroom and on the field."

Since graduating, Taylor was named MVP in the MiLB Futures Game last year and was later traded to the San Diego Padres, where he currently plays for their minor league team, the Amarillo Sod Poodles.

"I'm truly blessed by this opportunity and for all the support from the MPCS family. I'm getting to play the game that I love. It's just awesome."

For fellow MPCS alumnus Andrew Kivette ’11, a love of sports led to work in the back office, currently in the Public Relations department for the New York Yankees. Because of the small class sizes at MPCS and the strong support of the faculty and staff, students can pursue opportunities not found elsewhere. During his junior year, Andrew expressed an interest in learning more about how the athletics department operated. 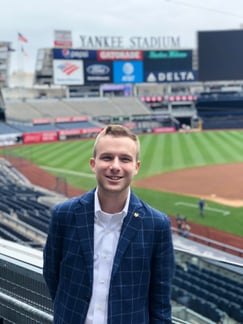 “I desired to gain experience that could potentially aid in finding my ultimate career path. I was given the chance to intern during the school day with the athletics department at MPCS. The executive internship program exposed me to real-life situations that occur in sports administration at the high school level. I also broadcast home basketball games. I put in the work and gained experience that set me apart from others wanting to work in sports. To be frankly honest, it was an experience that most high school students are not given at other schools. The internship not only showed me that I wanted to pursue a career in sports communications, but it prepared me to take the next step in college. From day one on campus at the University of Alabama, I worked in the athletic communications department, which would not have been possible without my previous experience afforded to me at MPCS.”

Andrew graduated from college with a dual-degree in public relations and business administration and has worked for the Madison Square Garden Company and the Major League Baseball Players Association. In his current role with the New York Yankees, he coordinates media interview requests, publicizes the team, and serves as a point of contact for on- and off-field issues within the organization. All of this was possible through relentless effort Andrew first developed while in high school.

Joining the prestigious University of Georgia cheer team was a goal made possible for Emily Johnson ’15 by her commitment to excellence while a student at MPCS. She shares,

“Mount Paran provides its student-athletes many opportunities to excel and reach their goals, all while training, practicing, and competing in a Christ-centered environment. As a senior cheerleader for the University of Georgia, I have experienced many unique opportunities, such as cheering at the 2018 College Football National Championship and walking in the Rose Bowl Parade. However, I know that I would not have made the UGA cheer team if it were not for the four years I spent as a Varsity MPC cheerleader. Not many people can say that their team won three consecutive state titles, [and the] legacy continues to shine—they have now clenched 7 consecutive state championships. The MPC athletic department and our coaches prepared us to be leaders, coached us to be champions, challenged us in our faith, and encouraged us to pursue our dreams.” 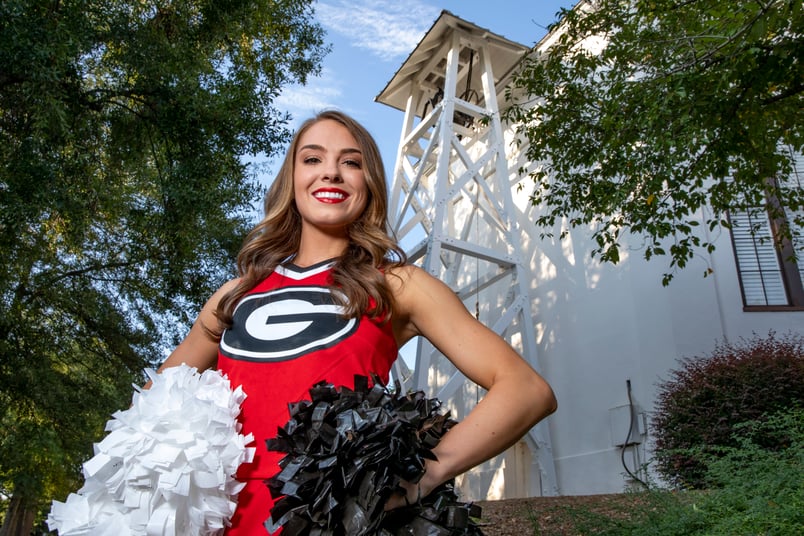 Emily has now set her sights on a career in dentistry. She says she has always had a desire to pursue a science-oriented career and believes that MPCS prepared her academically to face rigorous undergraduate science courses:

“Through challenging AP courses and incredible teachers, MPCS instilled an expectation of excellence in me that translated to college. Following graduation from UGA, I will be attending the Dental College of Georgia.”

“My time at Mount Paran as an athlete and scholar was invaluable to my individual and leadership development,” says Matt Rooke ’04.

In addition to participation in multiple sports teams, Matt also served in the Student Government Association and played in the band. Matt shares:

“Playing soccer and then performing in the marching band during the halftime of my own soccer match in my soccer uniform will always be one of my favorite high school memories.”

When he returns to campus for alumni events, Matt says that today’s student athletes are receiving a diverse level of opportunities at an even more competitive level:

“Much of the success and opportunities [for students] are due to the special attention and individualized-coaching every player receives. Most importantly, there is a Christ-centered environment that helps the athlete grow in their spiritual walk. I am now coaching my own middle school students. Because of my time as an athlete at Mount Paran, I enjoy investing in my athletes by following the example my coaches set before me while I was a student.” 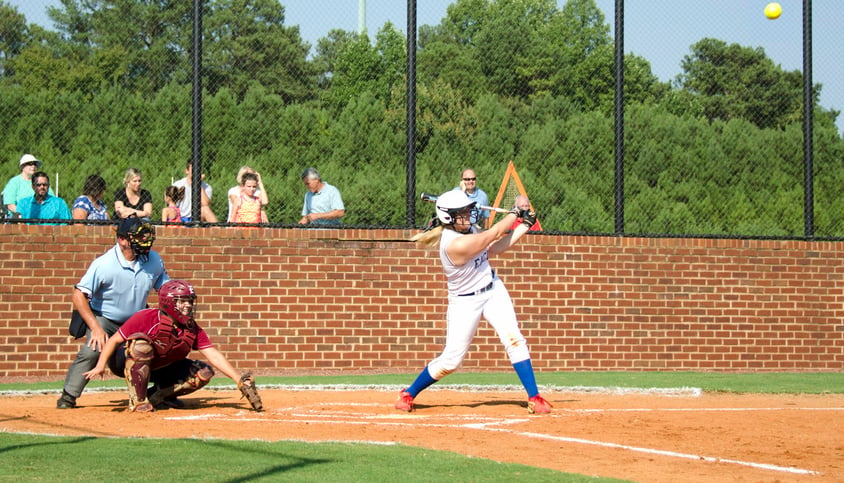 For Shannon McGeary ’13, academics and athletics went hand-in-hand. While she will be attending medical school, Shannon is currently a teacher and basketball coach through Teach for America and says that being a teacher has given her a unique opportunity to reflect upon her own educational background:

“It was not until I left MPCS that I realized how lucky I am to have been educated by such skilled teachers with a strong faith in the Lord.”

Free time during high school was spent on the basketball court or on the softball field, where Shannon learned the value of determination, grit, and teamwork. She shares,

“As a junior and senior, I served as captain of both [the basketball and softball] teams and led the Girl’s Basketball team to the state playoffs for the first time in the school’s history. This kind of leadership experience helped me lead several clubs and intramural teams in college and still guides me today as I coach my school’s middle school basketball team.” 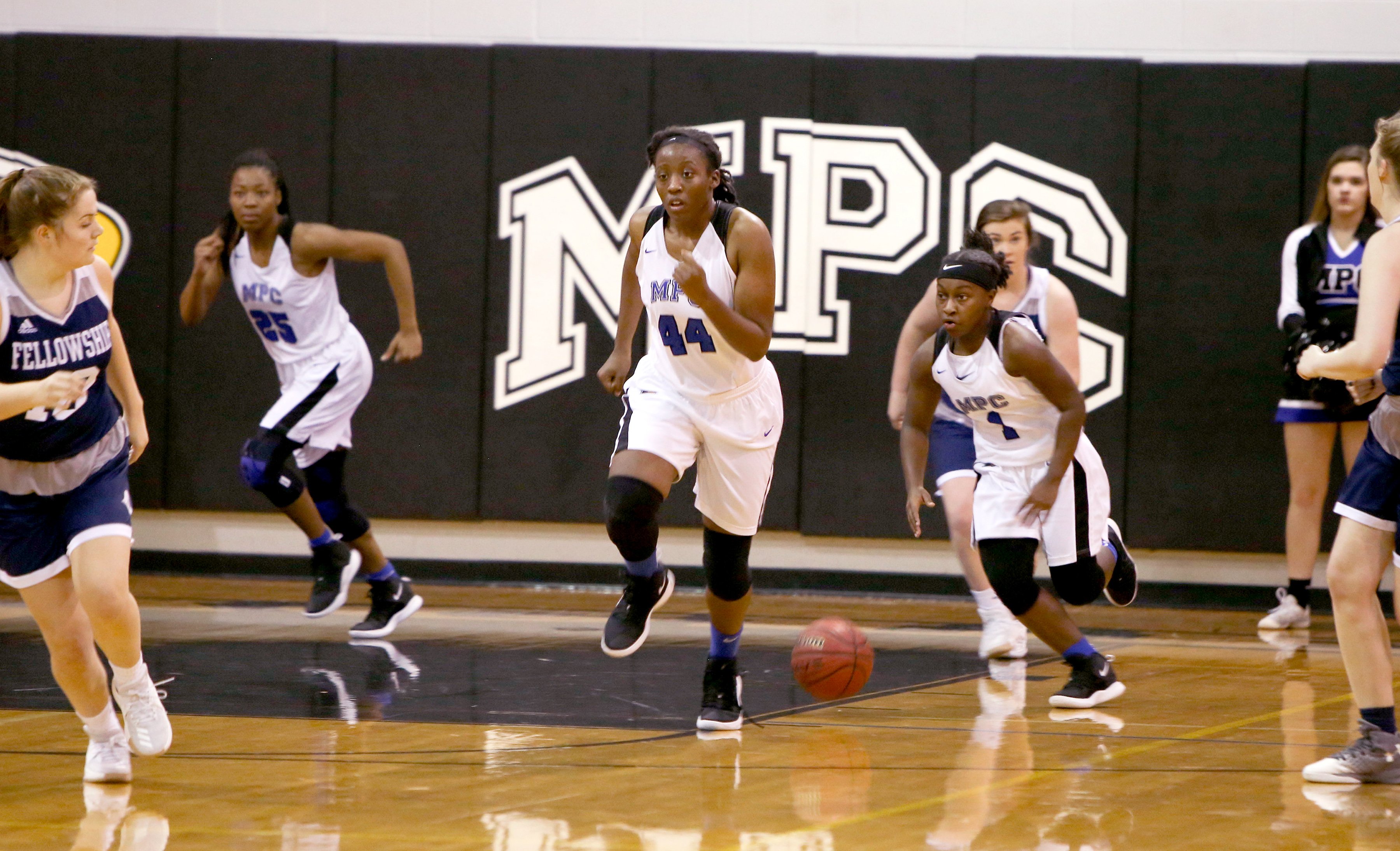 Playing four years of baseball at MPCS provided Jack Alexander ’18 “with some of the most fun I have ever had,” in addition to helping prepare him “both mentally and spiritually to take on life’s new challenges.” He continues, 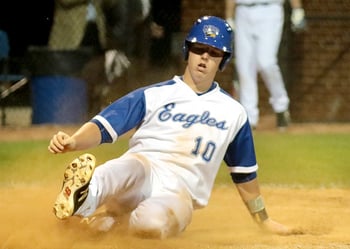 “You really cannot put into words how close you grow to teammates through experiences ranging from winning a big region game to circling the mound for prayer after the game. These experiences greatly prepared me for the next chapter of my life, as I now play baseball at the University of Notre Dame. Even at Notre Dame, I continue to live out the things that I learned and experienced at MPCS. On the education side of things, Mount Paran is unmatched. After graduating, I was pretty nervous to make the jump from high school to such an academically-challenging university, but after sitting in my college classes, I realized that MPCS could not have done a better job at preparing me.”

While enrolled at the University of Notre Dame, Jack has continued growing spiritually, including attending Notre Dame Christian Athletes meetings, weekly team Bible studies, and regular community service. “All of this I learned at Mount Paran,” he says. “The chapels, small groups, prayer, Bible studies, and retreats endlessly grow your faith.” 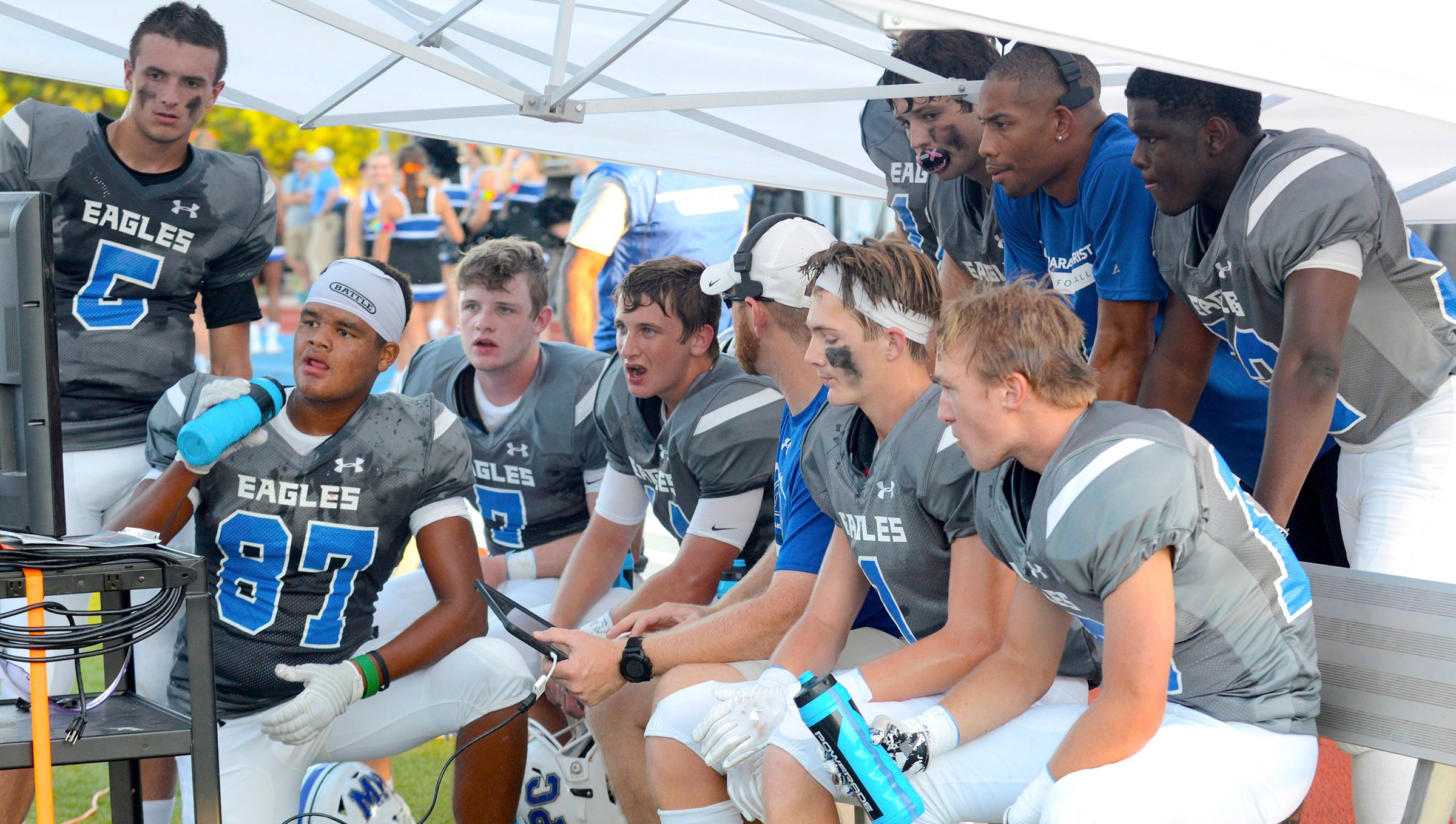 Mississippi State University student Mitzi Roukoski ’18 credits her education and experiences at Mount Paran Christian School with her development of good study habits and an educational foundation for college courses. Because of her experiences at MPCS, Mitizi finds herself heavily involved at a church close to campus and drawn to service, such as helping kids with disabilities play a game of basketball:

“I will forever cherish the servant-leadership I learned while attending Mount Paran.”

While a student at MPCS, Mitzi was heavily involved with the 7-time championship varsity competition cheerleading team, earning State titles all four years of high school. She says,

“The benefits I gained from cheerleading extended far beyond rings and trophies. I also learned how to build unity between a group of people, how to form strong friendships, and how to lead others well. I also learned how to have a stronger relationship with the Lord through daily devotions from coaches before practices and from praying with my teammates constantly.” 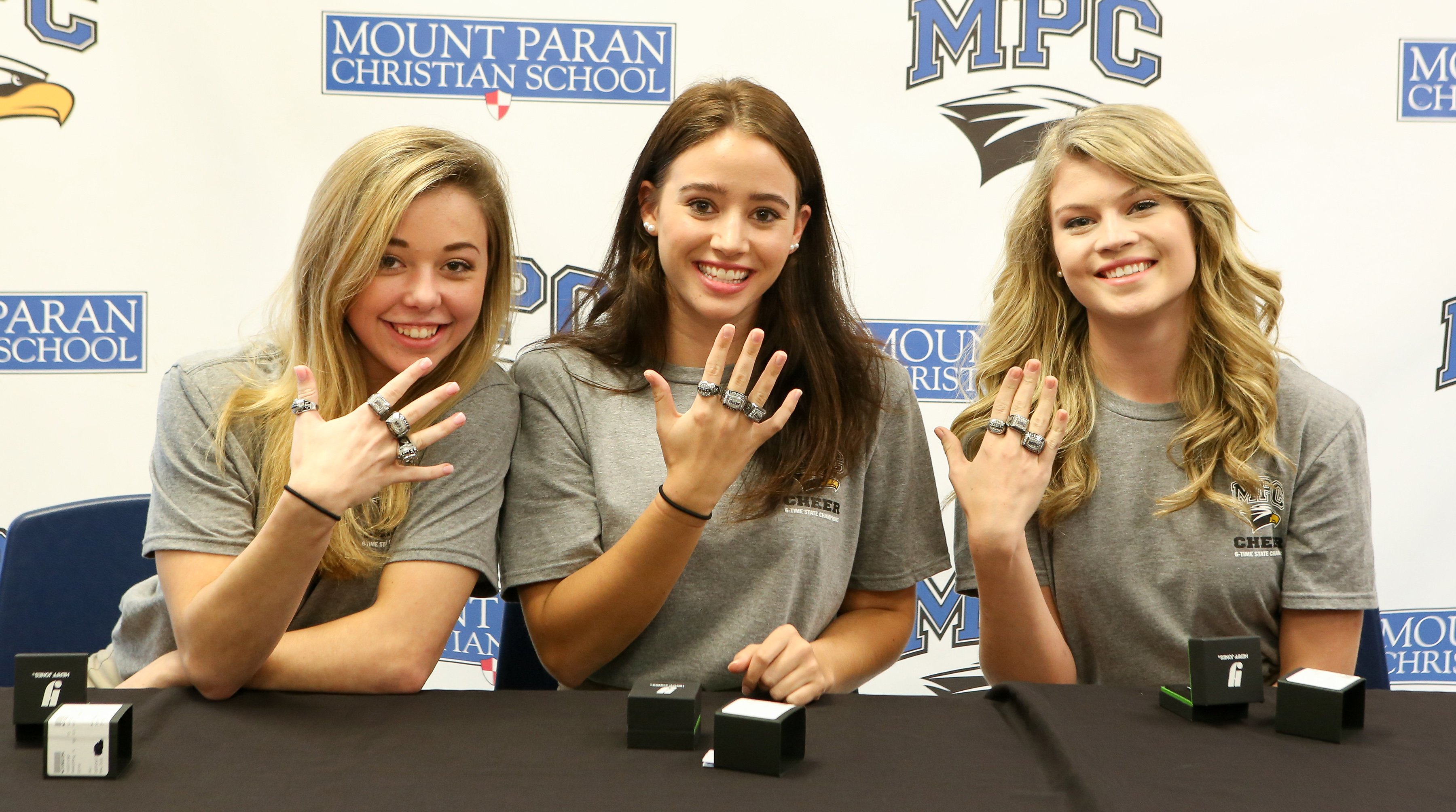 During her time at Mount Paran Christian School, Caroline Reilly ’14 focused on academics and softball. That attention paid off, resulting in an academic scholarship and continuation of her softball career at Rhodes College, where she was named to the first team all-conference and a NFCA All-America Scholar Athlete all four years. She shares that when she graduated from MPCS:

“I was a prepared student, a talented softball player, a better person, and most importantly, an individual ready to intentionally and open-mindedly investigate the world.” 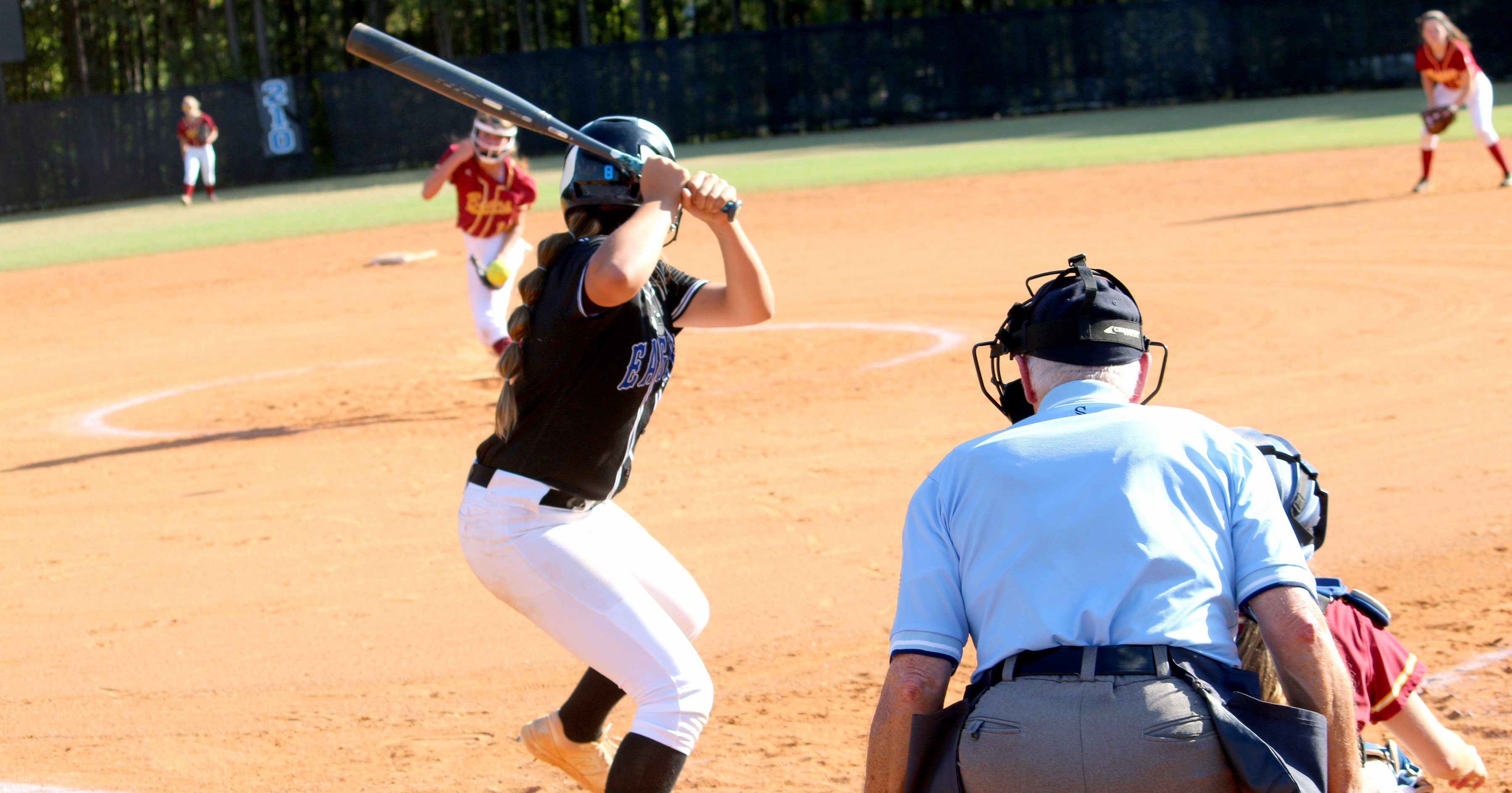 All the alumni who shared their athletic experiences while at MPCS reiterated that they felt supported, not just in their athletics, but academically and spiritually as well. Caroline encourages prospective students to:

To accomplish its mission of uniting with home and church to prepare servant-leaders to honor God, love others, and walk in Truth, Mount Paran Christian School focuses on four pillars in everything we do: Academics, Arts, Athletics, and Christian Life. Through participation in these key areas, MPCS students graduate with a strong foundation for beginning their adult lives. For this “Letter to My Alma Mater” blog series, we asked several alumni to share their experiences at MPCS and how their time at the school made an impact on the path they took upon graduation.

The MPC Eagles field 64 teams in 15 different sports, with many having won State or Region titles. Learn more about athletics at MPCS and the culture of athletics the MPC Way.