To most people, money feels amoral at best and unspiritual at worst. Jesus probably owned next to nothing, yet He talked about money, or used it to illustrate His teachings, quite a bit. In fact, 11 of His 39 parables have money included in some way. Why did money seem to matter so much to a man unconcerned with accumulating it Himself? 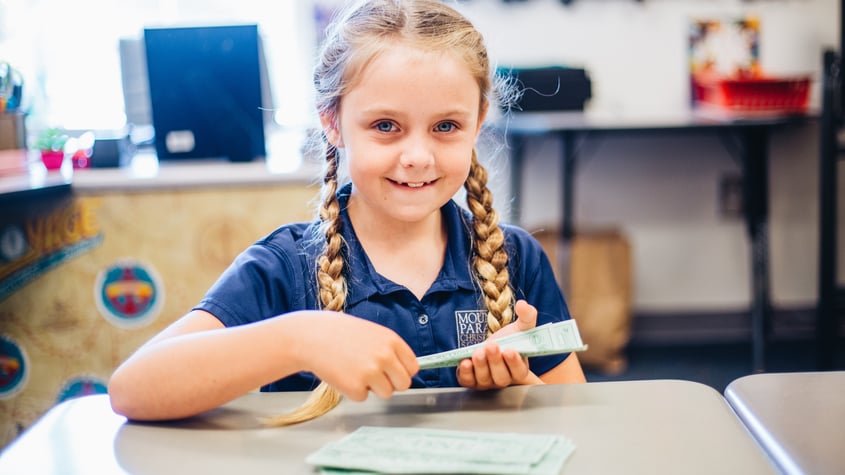 Money mattered to Jesus because He knew an individual’s attitude toward money was a reflection of the heart. Parents today have a unique challenge set before them. The culture into which children are born begins almost immediately teaching them about money. The messages often stand in stark contrast to the way Christians are called to think.

Culture teaches that having money is synonymous with human value, that money means independence from accountability, and that all one needs to be happy is just a little more money. Each of these cultural tenets runs in complete opposition to the messages of Christ: that God is no respecter of persons, that we have all sinned and must confess before a holy God, and that those who seek happiness through money will never find it. 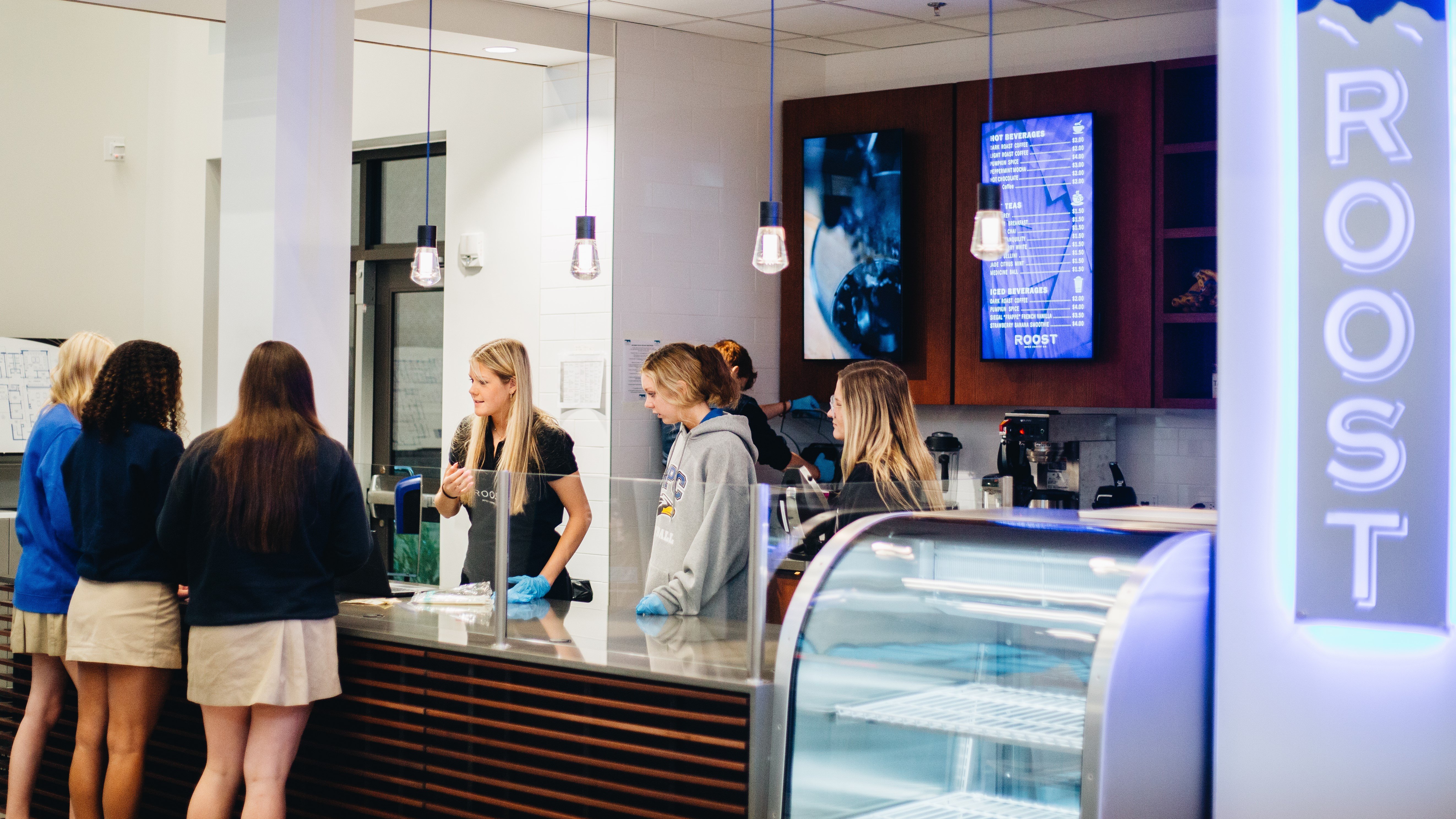 As parents seek to mute cultural indoctrination of the idea that money leads to happiness, one question that must be asked is, “What messages are we impressing upon the financial schemas of our children?” It is important to note that what parents say is not nearly as effective at shaping a child’s perspective as is what parents model for the child. Often, children have a hard time reconciling what they hear with what they see in the financial choices of adults. What they hear is that they should care about the plight of the poor and that Jesus was an ardent champion of the poor, that we should be cheerful givers and tithe to our local church. Yet, sometimes what they see are spending habits that do not align with giving, spending that is focused exclusively on self instead of sharing with others.

According to Christianity Today, only 5 percent of church members regularly give to their churches, and, nationwide, Christians give about 2.5 percent of their income to the church, with households that make over $75,000 being the least charitable. Could it be that the reason children are being indoctrinated by the financial priorities of culture is that parents have been indoctrinated by those same priorities? 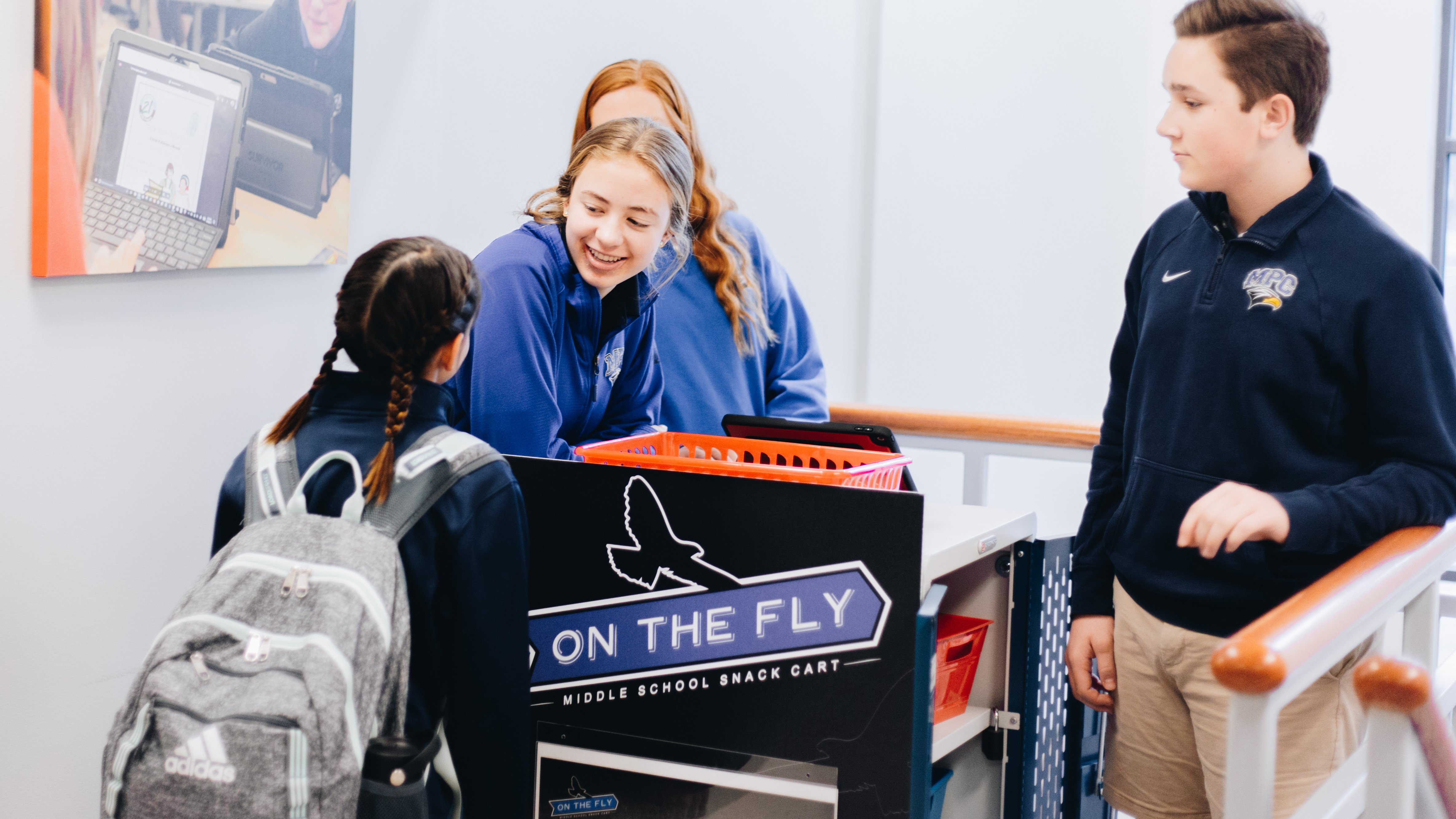 WHAT THE BIBLE SAYS

So what does the Bible say about money? Quite a lot, actually, but maybe the most foundational principle is that God owns it all. In Psalms 24:1, David proclaims, “The earth is the Lord’s, and all it contains…”. Once Christians truly develop the worldview that all belongs to Him, choosing a life of fiscal responsibility and cheerful giving becomes intuitive. Everything humans have is a gift from the Creator. How quickly those who have been so blessed should be willing to use their resources to bless others!

Another biblical principle that can be seen as early as the book of Genesis is that God gave humanity the responsibility for stewarding creation. God knew money would be a part of that stewardship. He put mankind in charge, not so that we could spend our lives with the goal of accumulating wealth but so that we could use wealth as a resource to add to the good work our heavenly Father started at Creation. 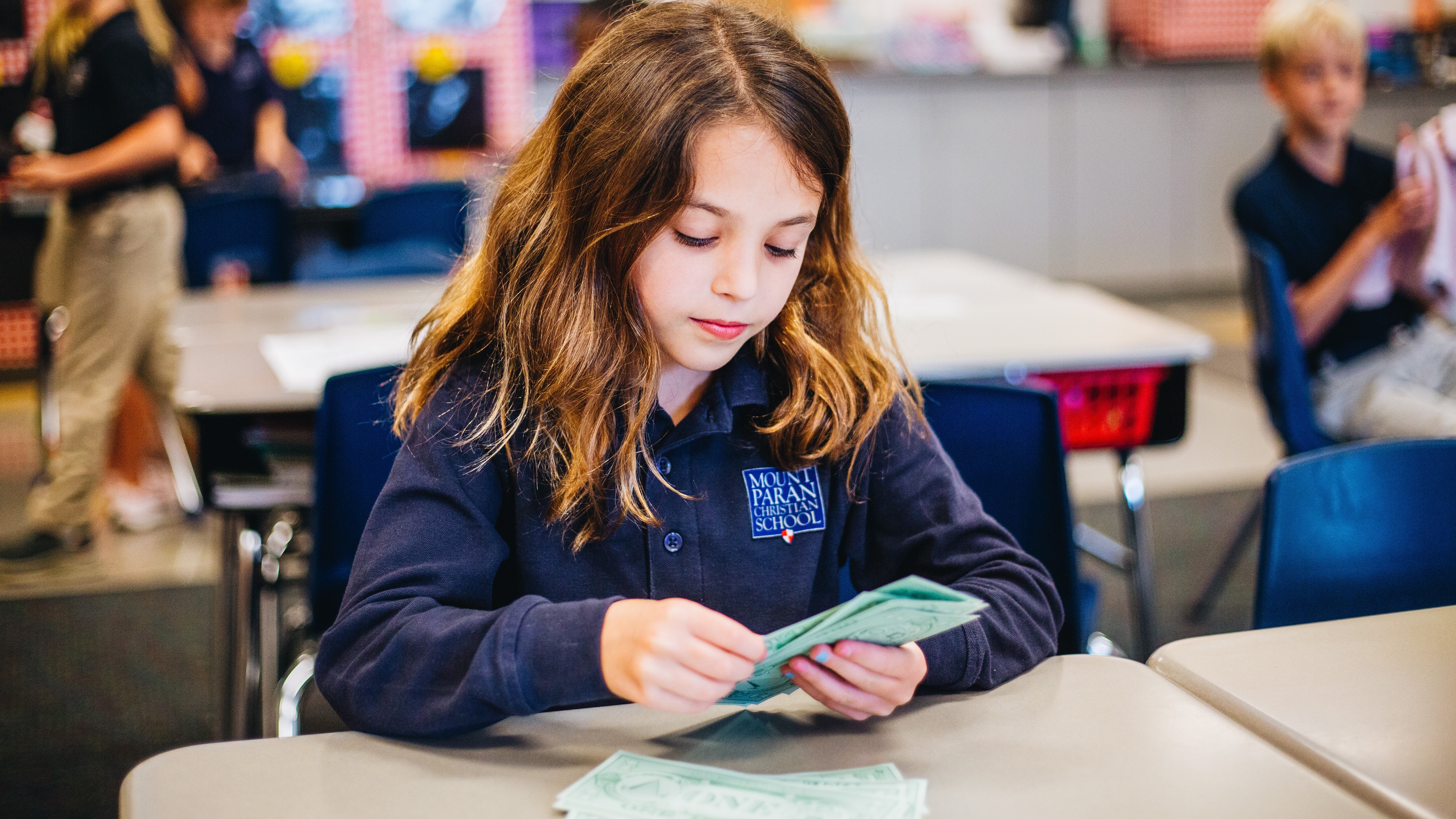 One sobering reality from Scripture is found in I Timothy 6:10: “For the love of money is a root of all kinds of evil, and by craving it, some have wandered away from the faith and pierced themselves with many griefs.” Just like the rest of Creation, which God declared very good but now groans under the curse, money can be very good, but it, too, is cursed.

Humanity’s rebellion led to a broken relationship with God, Creation, each other, and even ourselves. None of Creation is in the perfect state of God’s original intent, and we will war with the curse until God sets everything right. Money can be used to partner with God in the fulfillment of human flourishing. It can be used for generosity, enjoyment, and worship. But, money can also become an idol, an end in itself. Theologian Tim Keller explains, “What is an idol? It is anything more important to you than God, anything that absorbs your heart and imagination more than God, anything you seek to give you what only God can give.” A BLESSING OR A BARRIER

While we are used to seeing money as a blessing, Jesus viewed it as a barrier. Consider the rich, young ruler who approached Jesus expressing a desire to follow Him. Jesus immediately exposed the young man’s true loyalty when he instructed the man to sell everything he owned and give it to the poor. Jesus gave this directive because He knew that for this young ruler, wealth occupied the place in his heart that should have been reserved for God alone. 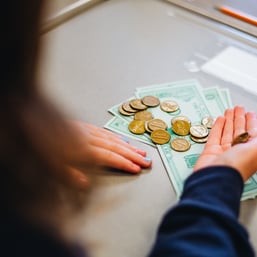 There are a few core principles Christians need to express and model for their children. Parents should be transparent about how they handle their finances. Children need to hear about the mistakes their parents made, things they wish someone had shared with them, and about their financial priorities. According to the Ron Blue Institute, an organization committed to training teens in Christian financial stewardship, there are a few basic stewardship skills parents should work to instill in their children: 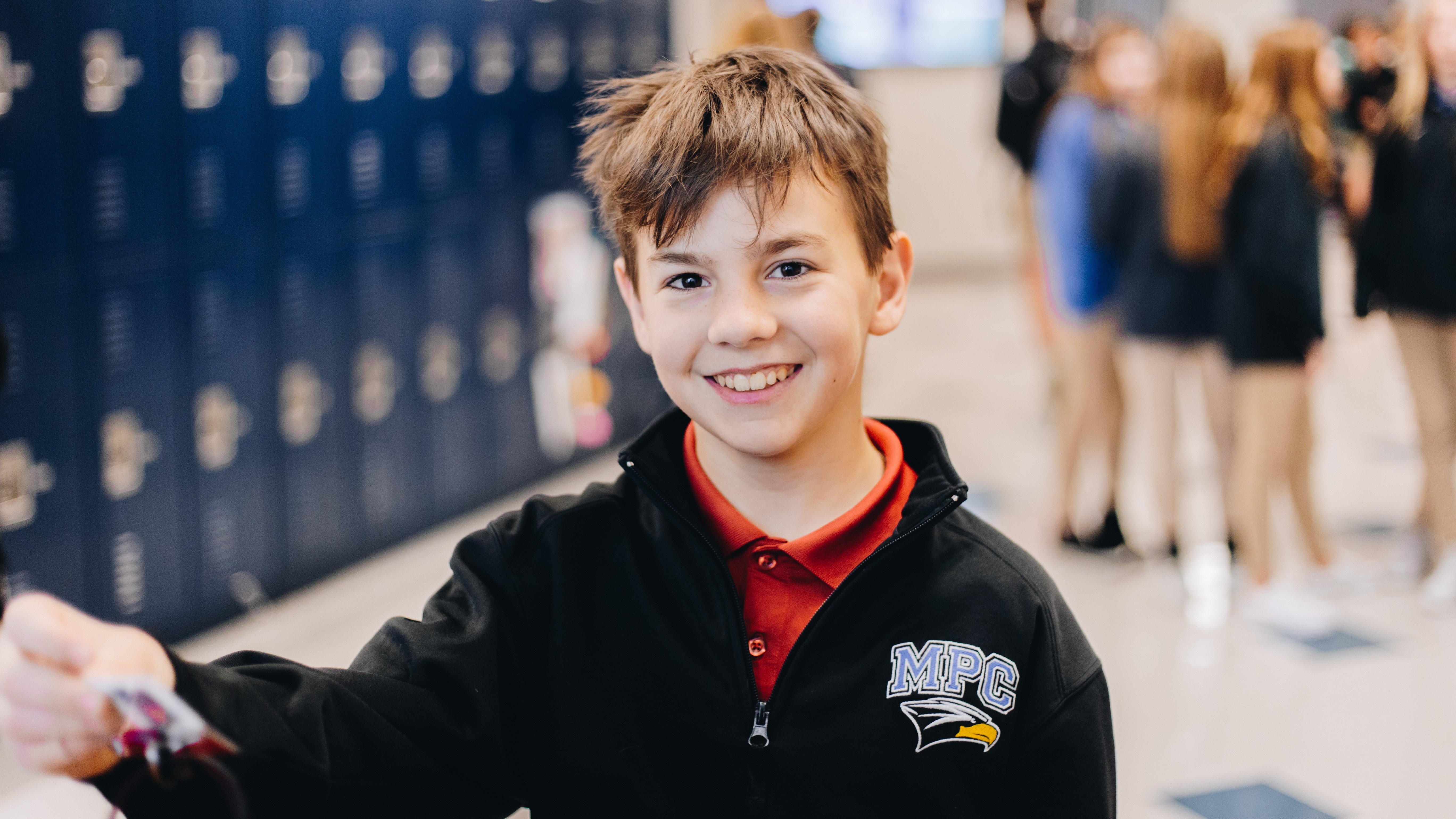 Christian parenting is not for the faint of heart. It takes prayer, transparency, humility, and intimacy with God. Children will not become godly men and women by accident, nor will the godly financial stewardship of their resources develop without the intentional and loving guidance of parents who live the worldview they wish to instill.

Click here to learn more about the MPCS ParentEd. educational series, provided to help all parents in rearing phenomenal kids.