Let each of you look not only to his own interests, but also to the interests of others.

The MPC Lady Eagles softball team advanced to the Elite Eight in State Tournament play this past autumn. Leading up to their recent tournament appearance, the team kicked off their region play with what seemed an easy victory against their opponent. Yet, despite how effortless the team’s actions appeared, much hard work and preparation laid the groundwork before every game.

Somewhere around the third inning of the regional final game, the Lady Eagles were on deck as usual. However, there was a specific play that resonated in a new light. This play has always been a classic play on the ball field — but this time — the strategy of it, within the situation of the game, really stood out.

It’s not the big home run or the flashy double play.

It’s not the hard drive or the diving outfield catch.

The sacrifice bunt has shaped the outcome of many games in both baseball and softball. It’s subtle, yet so significant. The play has proven to be a game-changer.

For readers unfamiliar with the sacrifice bunt, the goal for the player at bat is to tap the ball on the infield just enough to move their teammates closer to home plate. Sure, it would be great if the player gets on base before being called “out,” but the value of the play is the batter’s ability to advance runners to second and third base, increasing the chances of them scoring. 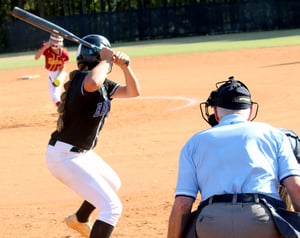 These bunters know their assignment and are intentional, putting just the right touch on a ball to move their teammates in scoring position. They know what it’s like to sacrifice their own chances of getting on base in order to benefit someone else’s ability to score.

Batters make the sacrifice bunt look easy, but it isn’t effortless. The successful execution of a sacrifice bunt likely requires hours of practice to perfect, taking into account hand placement, positioning in the batter’s box, ball direction, and mechanics.

The sacrifice bunt is a metaphor for life. Similar to the softball or baseball play, it has taken practice for many of us to appreciate and look for the opportunities to act sacrificially and frame it differently in our minds. We should be constantly training ourselves to think of sacrifice from a place of willingness rather than of obligation, recognizing the redemption in giving up selfish efforts to gain something greater. Practice makes the difference.

Therefore, I urge you, brothers and sisters, in view of God’s mercy, to offer your bodies as a living sacrifice, holy and pleasing to God—this is your true and proper worship.

DO WHAT YOU CAN

Understanding the ultimate sacrifice Jesus displayed in His life, death, and resurrection provides us with an example of sacrificial love that gives us a game plan by which to live our lives, especially during busy times. As in softball, the ways we sacrifice in our lives isn’t always flashy or noteworthy, but it’s the intent and the place of willingness we sacrifice from that shines through. 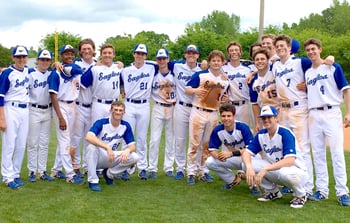 Sacrifice can take on a lot of forms. It may mean making space and time for others when there is seemingly none, being quick to listen and understand, making sure someone’s needs are met, or serving in the community. Sometimes sacrifice is simply one phone call, one smile, one kind word, or one conversation, hug, or prayer.

“Do not neglect to do good and to share what you have, for such sacrifices are pleasing to God.”

Sacrifice. Another lesson, another reminder,  all from one play.

No doubt, it can be a game changer for all of us.

Steve Kyle is the Director of Christian Life and Chair of the high school Bible department at Mount Paran Christian School.

To learn more about our ultra-competitive baseball and softball programs as a part of Metro 10 / GHSA championship athletics, visit our MPC Athletics page. You may also click here to learn about how Christian life at MPCS impacts students in every facet of their educational experience.