I had an occasion recently to review an article written by the American Culture and Faith Institute which has, as its sole purpose, to educate, motivate, and activate Christians to engage in cultural transformations in ways that are consistent with the Gospel of Jesus Christ. The article, entitled “Americans Worried About Children,” provided a sobering analysis of a 2017 survey, which was conducted among adults in the United States. It attempted to identify the impact of the contemporary culture on the lives of our children and the views of Christians in regard to this phenomenon.

The findings in this survey revealed that a slight majority of adults believe our country’s culture has an overall negative impact of the lives of children. When the data was disaggregated for adults who identify themselves to be born-again Christians, 66% of them viewed the culture’s influence as negative. For those who have a self-identified biblical worldview, 93% indicated they believed the culture leaves a negative imprint on our nation’s children.

When identifying the experiences that have the highest net-negative influence on children, all were media experiences – watching movies, exposure to websites and online content, viewing televised entertainment, exposure to social media, and playing video games. The most positive experiences children have were identified as extended-family gatherings in which children are engaged. Two other activities which received high net-positives were attending church services and reading the Bible. None of these three are surprises to any of us at Mount Paran Christian School, but we wonder, as did the authors of the article, why many Christian parents are increasingly disengaging from church activities and not participating in the spiritual disciplines of Bible-reading and prayer in the homes? While we all admit the potential negatives of media on the lives of our children, too many of us allow social, online, and televised media to preoccupy too much of our children’s waking moments. 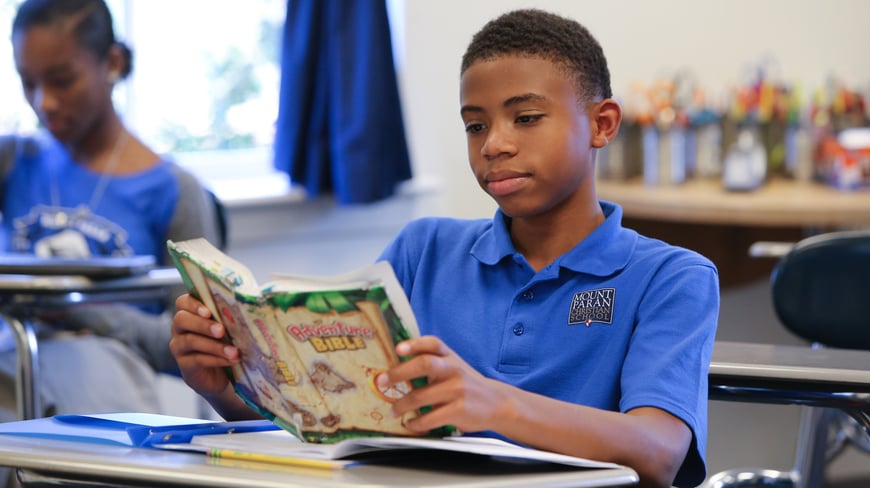 The team at MPCS is also concerned about our culture’s impact on America’s children. We remain committed to providing support and a partnership with our parents who care about nurturing their children with wholesome activities and Christ-focused education. The article asked a poignant question: “If this is not the time for [Christians] to stand up and reintegrate biblical principles and lifestyles into American society, then when will that time be?” A sobering question, indeed.

To learn more about how faith is constantly nurtured in students at all levels through Christian Life at MPCS, please click here.