After a lot of preparation, lower school students at Mount Paran Christian School now hear the charming call of dozens of baby bluebird hatchlings around the 68-acre school campus. February was bluebird month in Georgia, when the brilliantly-hued Eastern Bluebird began the process of seeking nesting spots and crafting its signature cup-shaped nest in anticipation of warmer weather. MPCS students are now front-and-center this spring, supporting the bluebirds and witnessing the entire hatching process. 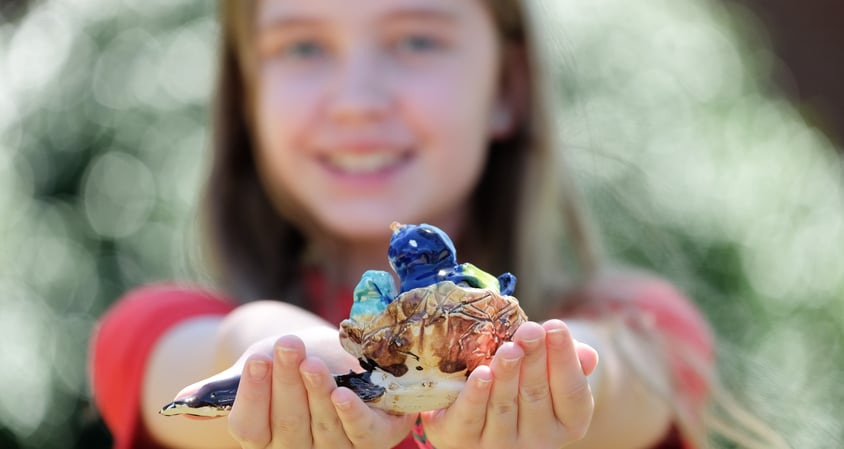 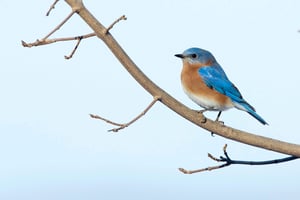 After years of development and habitat loss, pesticide use, and introduction of non-native species, the bluebird population had for decades been on the decline. Thankfully, due to conservation efforts, restrictions on harmful chemicals such as DDT, and increased public awareness, the number of bluebirds is no longer declining. To keep the positive momentum of stabilizing the bluebird population, MPCS decided to deploy its own nesting boxes on campus during the 2018-2019 school year.

The goal for the three nesting boxes was to attract bluebird pairs - monogamous during the mating season - to campus. Students in the lower school would be able to observe the birds. The purpose was for students to gain awareness of the declining bluebird population while learning more about God’s creatures and how ecological impacts affect the environment. 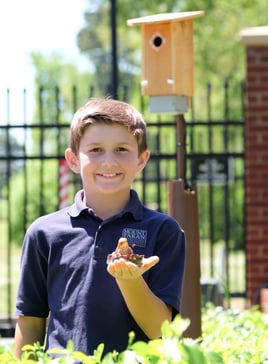 Working under the guidance of local partner and Master Gardener Jim Beardan, founder of “Green Meadows Preserve Park Blue Bird Trail,” MPCS installed its first three nesting boxes in the spring of 2019. The school received a grant from the Robert F. Schumann Foundation to provide for the nesting boxes and the expansion of the lower school garden.

One challenge included finding ideal nesting box locations for the sometimes picky bird pairs. For instance, to power the webcam, an electrical outlet was needed. A nesting box was placed near the security gatehouse at the school’s entrance because it provided the necessary power source. However, the location had a territorial Mockingbird that claimed the area as his territory last season. The webcam nesting box has since been moved to a new location. 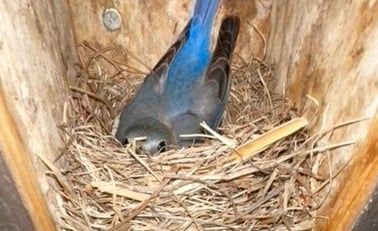 Another challenge is competition for nesting space from other birds. House Sparrows and European Starlings are fierce competitors for nesting spaces and are much more aggressive than bluebirds. Even with the nesting boxes on campus, Carolina Chickadees took up residence in the boxes.

Despite these challenges, the first year of the nesting boxes on campus met with success. In addition to four Carolina Chickadee hatchlings, the MPCS bluebirds successfully hatched 12 baby birds during the inaugural year.

This academic year, the bluebird nesting program at Mount Paran Christian School has grown. The school now has seven nesting boxes on campus, one for each grade level from preschool age three through fifth grade. The boxes are placed in various locations around campus on our very own MPCS Bluebird Trail. Tina Baker, lower school administrator and lower school academic technology specialist, shares, "The MPCS Bluebird Trail creates an awareness that allows our students to be purposeful in caring for God’s precious creatures and the environment, while gaining an understanding that all of us have the ability and responsibility to make contributions in caring for this world." The goal is for each grade level to monitor their own nesting box, with the third-graders overseeing the box outfitted with the webcam. 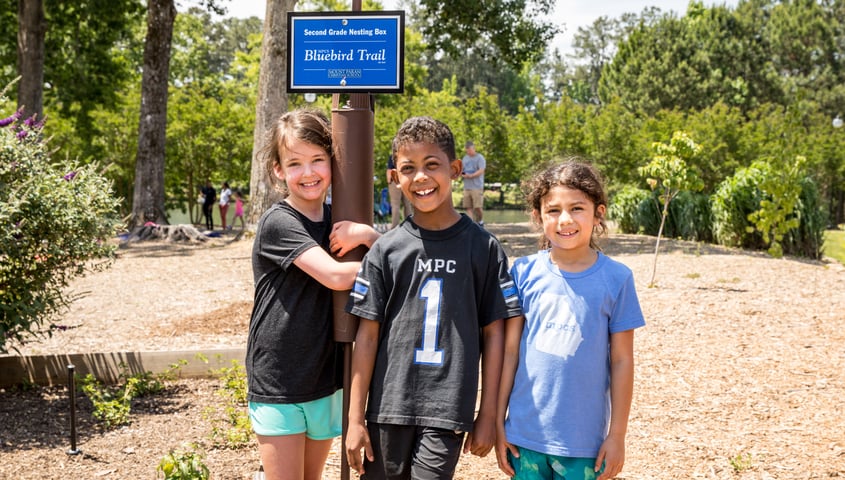 A new addition to the program in the spring of 2020 allowed interested fifth-graders the opportunity to serve as mentors to students in the other lower school grades. Students were chosen via an application process managed by Fifth Grade Teacher Shannon Howard. One fifth-grader shared, "I would love to teach other students about bluebirds. This would be a great opportunity to learn, grow, and reflect. Bluebirds are wonderful, beautiful creatures." (The fifth-grade bluebird mentor program was temporarily postponed this season due to COVID restrictions.) There is also the potential to maximize cross-divisional learning opportunities with high school science student partnerships with the lower school.

As the program gains momentum each school year, the goal is to further integrate the nesting boxes into the lower school curriculum. Students will continue contributing to scientific research on bluebird populations as they report their observations and data to The Cornell Lab of Ornithology’s nationwide NestWatch program, whose goal is to track trends in the reproductive biology of birds. Observations will be added to those of thousands of other NestWatchers in a continually growing database used by researchers to understand and study birds. 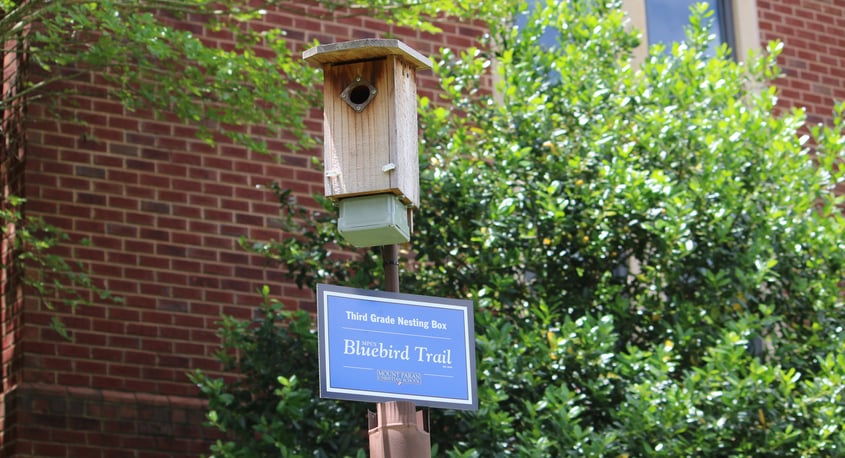 MPCS has managed to help increase the local bluebird population, bring awareness of the plight facing the environment, and demonstrate that everyone can make a difference in helping God's creatures survive.

Families can start by adding one nesting box to their yard. They may find that supporting the Eastern Bluebirds can become addicting, as the rewards of watching these colorful birds hatch and then flit around the yard is nothing short of miraculous.

Amber Irizarry is the Communications Content Specialist at Mount Paran Christian School. Inspired by the MPCS Blubird Trail, her family has added a bluebird nesting box in their yard and eagerly await a new nest of baby birds.

To learn more about the bluebird program at Mount Paran Christian School or how to build your own nesting box, click here.