PAM COPELAND
In mid-May of 1992, Mount Paran Christian School Headmaster Susan King received a phone call from the White House, asking if the President of the United States, George H. W. Bush, could pay a visit there to promote his platform of family values. Newly appointed as head of school, Mrs. King thought it was a joke at first, but soon realized the call really was from the actual White House in Washington, D.C. The president’s office stated that he would like to use MPCS to speak about his support of school vouchers for parents, his stand against abortion on demand, and his hope for a balanced budget in Congress. Needless to say, the MPCS administration and Board of Trustees were more than happy to accommodate the important request. 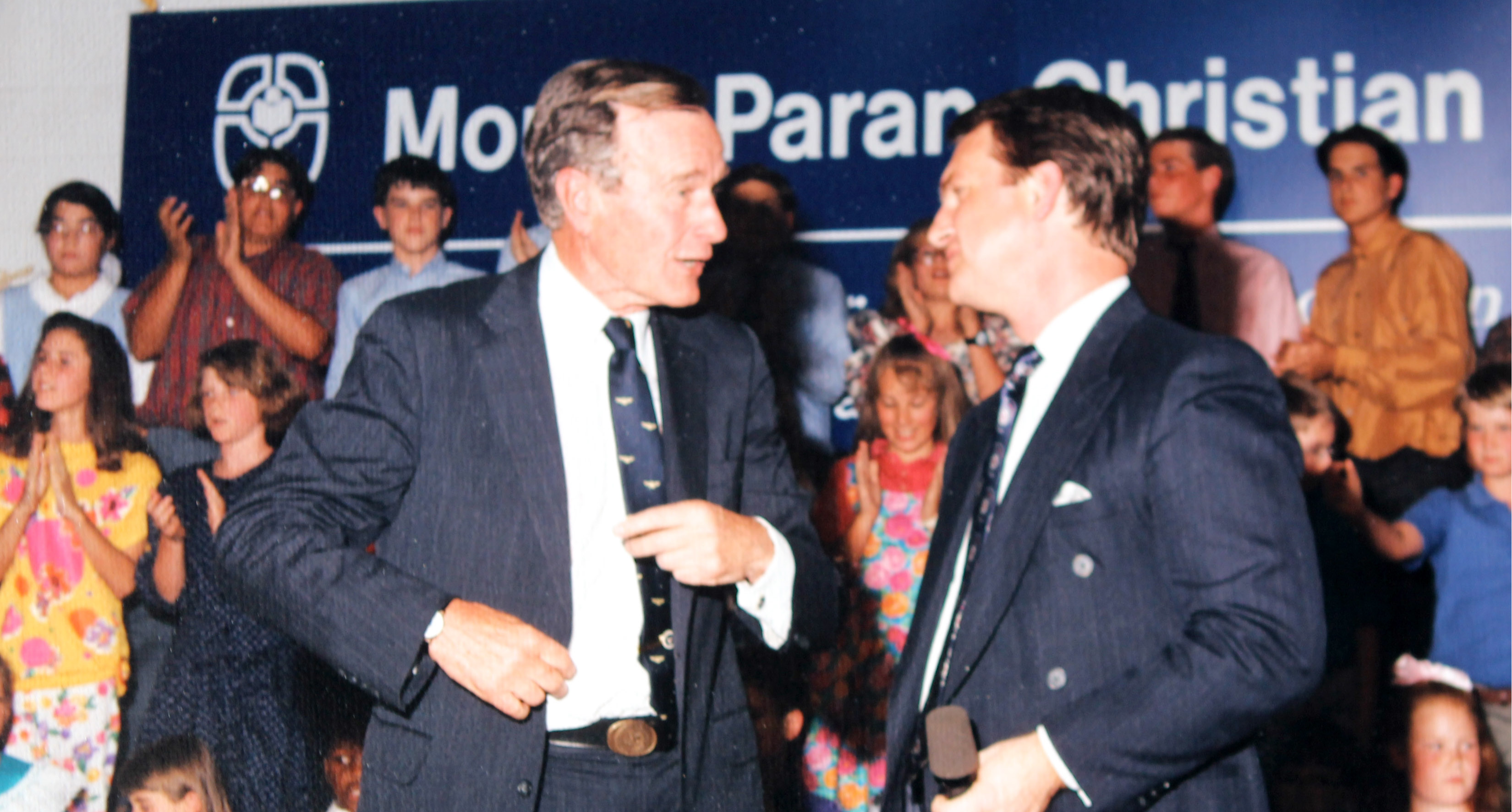 Preparing for a President 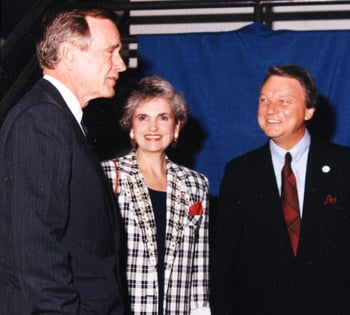 A flurry of activity ensued during those next several days in preparation for the visit. At that time, MPCS was located on Allgood Road at the Mt. Paran North campus. Not only was the school trying to put its best foot forward with the facilities, but much security had to be planned and implemented. The president would be arriving via Dobbins Air Force base in Cobb county. The Secret Service and FBI prepped to ensure the safety of the president while in transit and during his visit. Even the windowed breezeway connecting buildings had to have curtains installed to prevent a shooter from targeting the president as he walked through the building to the gym, where he would deliver his speech.

MPCS was still under the auspices of Mount Paran Church of God at that time, so Senior Pastor, Dr. Paul Walker and his wife, Carmelita, along with Associate Pastor and MPCS School Board Chair, Dr. Darrell Rice, welcomed the president to the school upon his arrival. The president met with a small group of 25 students, teachers, and Board members during a casual 20-minute round-table discussion just prior to his speech. Then-SGA President (senior) David Shaw '92 was given the honor and privilege of sitting next to President Bush for this more intimate forum. 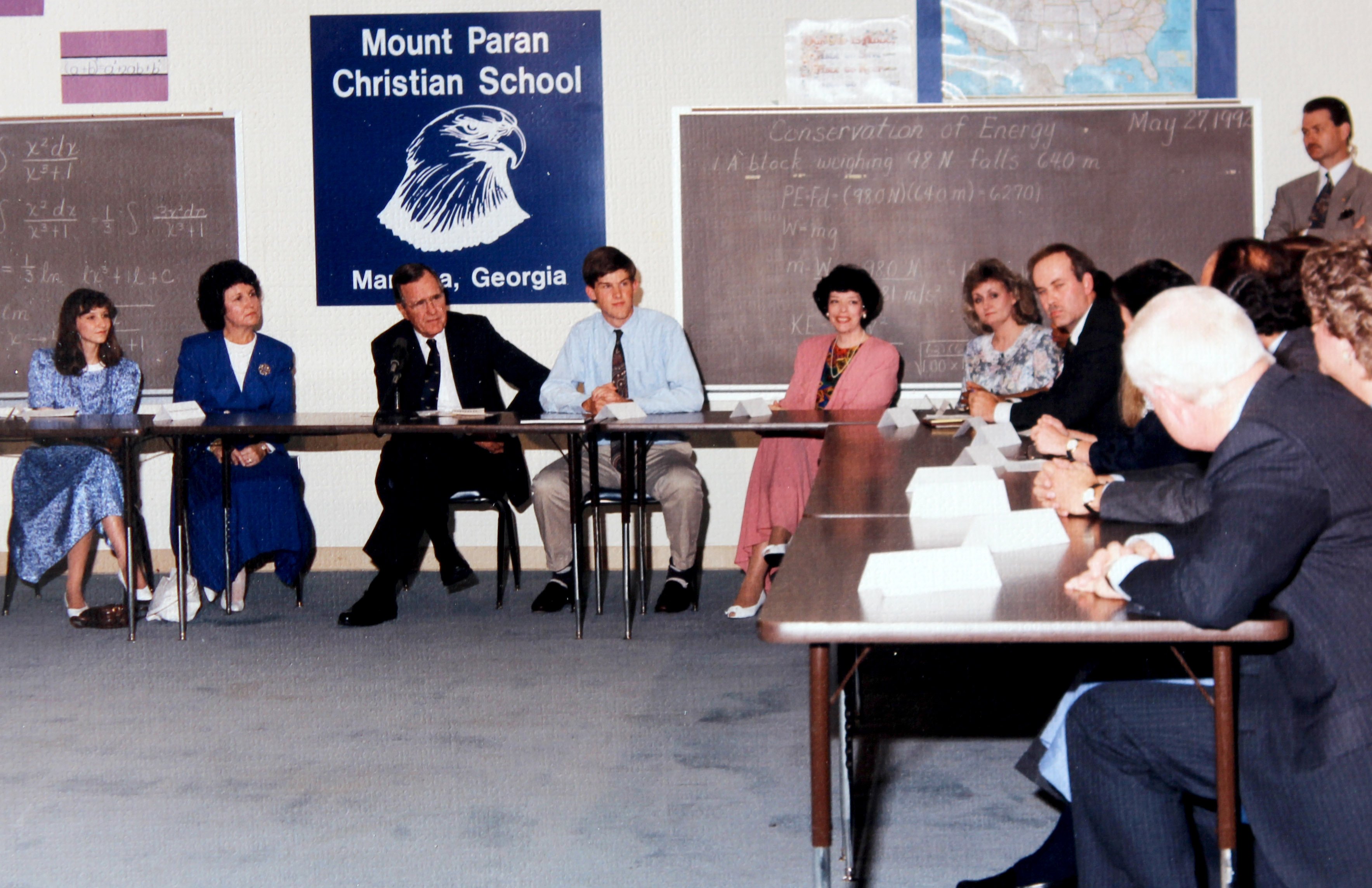 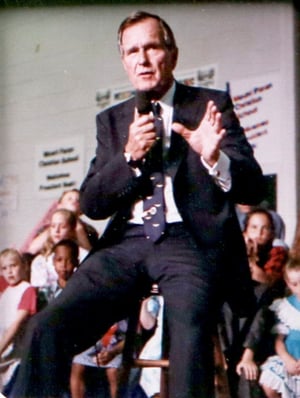 The president was ushered into the school’s gym to an assembly of roughly 1,200 students, teachers, and community members. He gave a short speech, then took questions from the audience. MPCS students were placed on the stage behind the president during his talk. One of the questions remembered by some was from a student who asked:

The question brought laughter from the audience as well as President Bush. He used it to confirm his support for the balanced-budget initiative with the U.S. Congress.

As part of his re-election campaign tour, the president focused his speech on the American education system, supporting school choice and a place for voluntary school prayer. Education and family values were of emphasis for the president on the eve of the release of the U.S. National Report on Education, which supported his timely "America 2000" strategy to improve public schools.

PHOTO: President Bush speaks to more than 1,200 on education, politics, and international diplomacy. 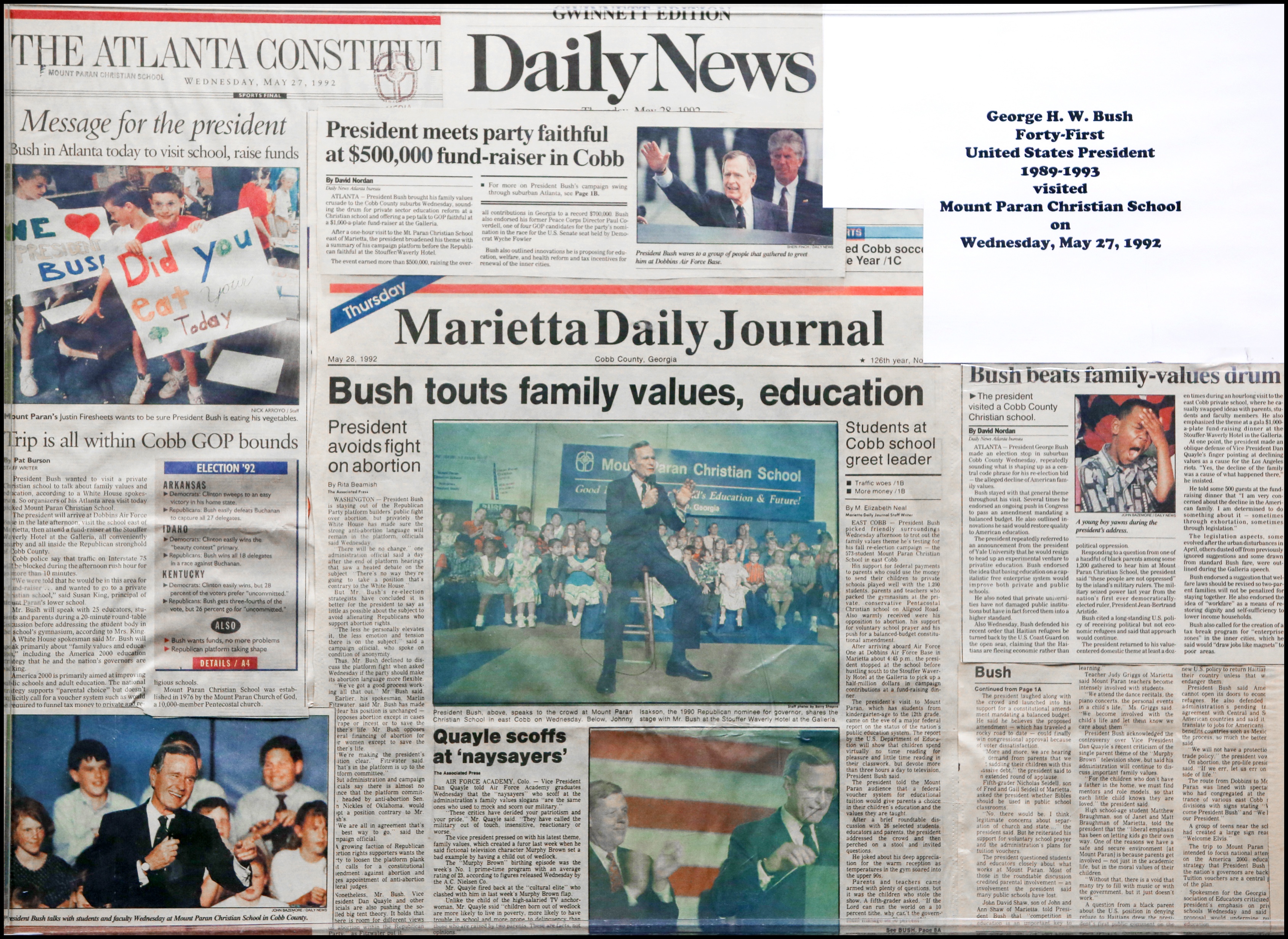 PHOTO: On May 28, 1992, the Marietta Daily Journal front page news featured the visit in addition to the Atlanta Journal Constitution and Gwinnett Daily News.

Many who were in attendance remember the president as being warm, engaging, and gracious during his visit to Mount Paran Christian School. MPCS alumna Jamie Wilbur '92 mentioned, "That day was one of the highlights of my life." Other former students have commented that they will never forget the blessings of that big day when the president visited them at their small school in Marietta, Georgia. 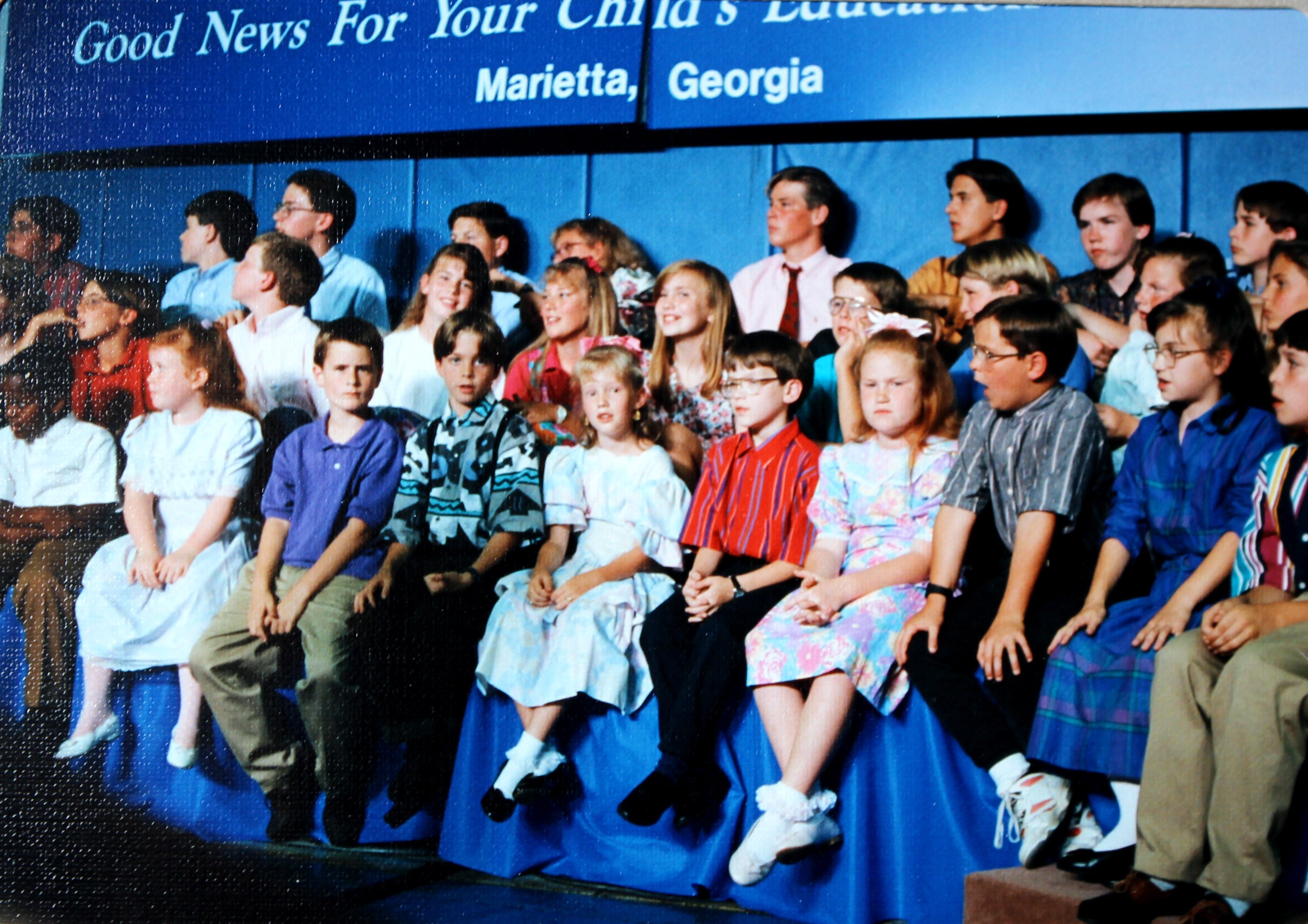 Many of the students, now long-time alumni, able to be identified above include:

Mount Paran Christian School is honored to have played a small part in the legacy of former President George H. W. Bush. Along with the rest of the country, we mourn the loss of a great American leader and will always be grateful for his contributions to our nation and the world.

Pam Copeland serves as the Assistant to the Headmaster at Mount Paran Christian School. She has been a faithful servant-leader to MPCS students and staff for more than 17 years.