In 2026 - just six short years from now - America will celebrate its 250th anniversary. Though celebration is sure to come at this anniversary, right now our country is facing political unrest and uncertainty. Yet, this is nothing new for America. In fact, the formation of our “new republic” was anything but certain. The idea that a democracy would work - that a single leader elected by the people would relinquish power peaceably - was unfathomable. And, yet, thanks to the vision of the Founding Fathers, America’s democratic “experiment” has been successful for the last two-and-a-half centuries.

“We the People of the United States, in Order to form a more perfect Union, establish Justice, insure domestic Tranquility, provide for the common defence, promote the general Welfare, and secure the Blessings of Liberty to ourselves and our Posterity, do ordain and establish this Constitution for the United States of America.”

A BLESSING UPON THE PEOPLE

History has demonstrated that America can withstand tumultuous and uncertain times. Adversity is no stranger to this great land. To combat the injustices that have existed with our country, the American people have been given a great blessing: suffrage, the right to vote.

From the founding of our country, generation after generation of Americans have fought against inequality, wrongdoing, and disenfranchisement in order to provide the gift of the ballot. Americans are called to the polls as a civic responsibility - a responsibility not to be taken lightly nor for granted; a right that many who came before us fought for, ushering in equality and representation at the polls. 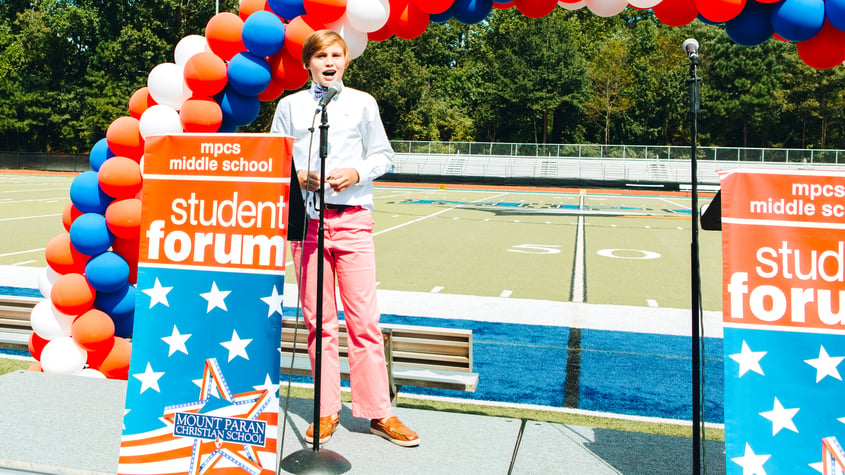 While this election year feels polarizing, as if America is politically divided more than ever before, this is also nothing new for our country. While there are political party differences, plus cultural, racial, and spiritual division, President James Madison recognized that factions were inevitable, given the many different opinions people hold. He wrote in the Federalist Papers No. 10 that people would likely form factions:

“...a number of citizens, whether amounting to a minority or majority of the whole, who are united and actuated by some common impulse of passion, or of interest, adverse to the rights of other citizens, or to the permanent and aggregate interests of the community.” (page 56).

The charge that President Madison tasked future leadership with was in their response to these divisions, with minority opinion always having a “seat at the table.”

The brilliance of the organization of The Constitution of the United States of America was not ignorant of the potential conflict that would arise in America’s future. Thus, American democracy has checks in place to allow for peaceful transition of power, separation of powers within the three branches of government, and state and national powers divided as both concurrent and exclusive.

A CITY UPON A HILL

America has the opportunity to continue to be a “city upon a hill” - the salt and light for other nations around the world, a beacon of hope - as we move into 2021. Our country’s core virtues, outlined in the Declaration of Independence —

“...that all men are created equal, that they are endowed by their Creator with certain unalienable Rights, that among these are Life, Liberty and the pursuit of Happiness...”

— have withstood the test of time, through wars, depressions and recessions, pandemics, natural disasters, racial struggles, and dramatic political realignments. When the Founding Fathers used the phrase “to form a more perfect union,” they acknowledged that this great nation would always be a work-in-progress. With that in mind, citizens have an obligation to ensure the important foundation laid in 1776 continues well into the future, for “ourselves and our posterity.”

As many generations have worked to pave the way for the right to vote, the word “duty” is not chosen lightly.  No matter your political persuasion, we owe it to the current and future generations of America to press on with intention and fervor as we head to the voting booth in the coming weeks. With the election well underway, voters have been tasked with making decisions that could impact finances, healthcare, national security, human rights, and a whole host of other arenas. However, true sovereignty reigns in the light of Christ. The Christian citizenry has a moral obligation to represent the community of believers at the polls.

Complacency has no room where growth is desired. The level of self-reflection that leadership must embark upon requires a certain boldness. Voters must also be self-aware. Author Rebecca Solnit recently wrote, “I think of voting as a chess move, not a valentine.” By casting our ballots, we cannot place all our hopes on infallible candidates but instead must choose those who best represent our ideas. As Christians, we must fall at the feet of Jesus in prayer for wisdom and discernment. 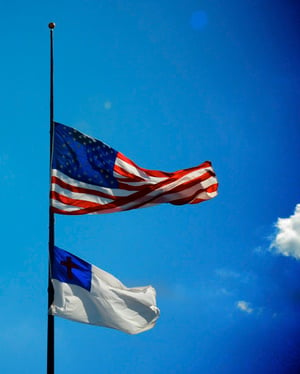 In an election year as tumultuous as 2020, what should American voters do? We must use our two ears to hear and two eyes to see. We must sift factual information from grandiose political speeches using a variety of sources. We must dive into the issues, not simply clinging to perceived notions based on hearsay or social media. We must have honest and open conversations with neighbors, conducted in love and not riddled with hate. We must maintain our Christian integrity, standing up for what is right and just and true. And, once America has chosen its candidates for elected office, Christian Americans have a duty to continue to pray for solid leadership, governed — above all — by Christ.

“I met those of our society who had votes in the ensuing election, and advised them,
1. To vote, without fee or reward, for the person they judged most worthy,
2. To speak no evil of the person they voted against, and,
3. To take care their spirits were not sharpened against those that voted on the other side.”

To learn more about the rigorous but balanced education at Mount Paran Christian School, click here.