During the more than thirty years of athletic programs at Mount Paran Christian, the success of athletes and teams has been based primarily on the focus to further the school’s mission of developing servant-leaders who walk in Truth, love others, and honor God. MPC established its athletics program during in 1986 as it became a member of the Georgia High School Athletic Association. The program began with only three sports: baseball, basketball, and tennis – with softball and soccer starting in subsequent years. These founding programs have recorded numerous successful seasons since their start. In fact, the varsity baseball team has finished as the Class A State Runner-Up the last two seasons. MPC athletics has now grown to a total of fifteen sports in its program – adding competitive cheer, cross country, equestrian, football, golf, lacrosse, track and field, swimming, volleyball, and wrestling. 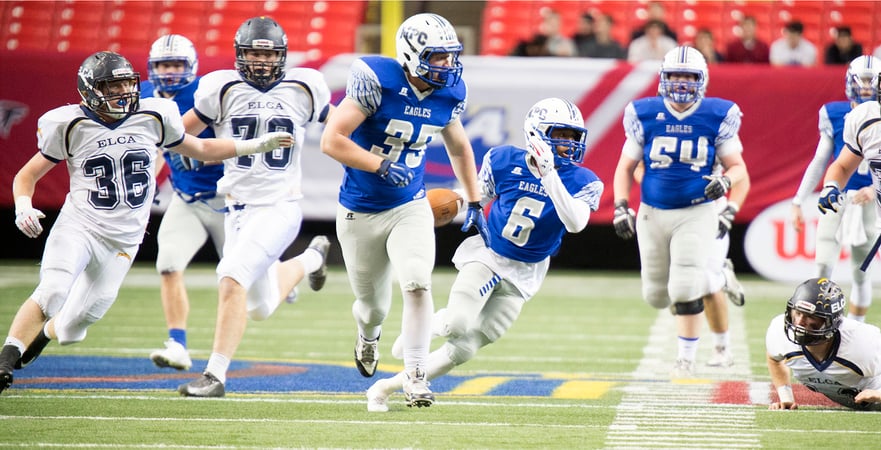 Mitch Jordan, Athletic Director since 2010, and Craig Wilson, Assistant Athletic Director, know that developing a successful athletics program means far more than winning records and state championships. They have created a program that allows parents, students, teachers, staff, families, and fans to recognize a culture of success measured not only by wins, but also by the demonstration of the school’s mission, evident by the actions and attitudes of the players and coaches. According to Wilson, who has been involved in MPC athletics since 2004, selecting coaches who are “first and foremost, good role models – role models in their walk with Christ and the way they go about their tasks” is imperative in promoting the school’s mission. Jordan adds, “We want coaches who are passionate about their sport and passionate about shaping the character of young people. We have expectations for our coaches to be the spiritual leaders for our student-athletes and to live out the school’s mission on the practice field and game field. We want coaches who have a heart for Christ and [reflect] their passion for Christ in their daily walk.” MPC coaches strive to prepare students to not only lead on the field or court, but also lead in their academic, social, and spiritual lives. Even the youngest athletes can learn from these role models.

For many students, opportunities for athletic growth may begin as early as age 11. Mount Paran Christian offers fifth-graders the chance to play football as well as 15 middle school-level sports for girls and boys. Our middle school program has become very competitive as a result of the concepts the program has put in place. Coach Wilson describes: “While winning is one of our goals it is never the main goal at the middle school level. Preparing student-athletes to eventually compete at the varsity level and their character development always have to come first.” Integrity is shaped through both wins and losses. In their formative years, middle school athletes are learning invaluable lessons about preparation, physical demands, training, and sportsmanship. These traits serve them well as they move up to high-school competition.

Taking It Up a Notch

Many of these student-athletes have been molded by their coaches throughout their high school sports careers and are being groomed for a bigger athletic stage. MPC has more than 98 athletes graduate and move on to collegiate-level play. Of those, the Mount Paran Christian athletic program has signed 34 Division I athletic scholarships. Graduates are challenging themselves beyond the MPCS campus at schools such as Florida State, Georgia Tech, Tennesee, Auburn, UNC as well the first-round MLB draft. Our athletes are taking the Eagle work-ethic and Christ-like qualities they have learned on the court or field to the next level. The importance of establishing these servant-leaders who continue to reflect the school’s mission is the cornerstone to championship programs.

While signing D1 athletes and reaching undefeated state championship titles are impressive accomplishments, Coach Jordan believes that “the true measure of success will be seen ten to twenty years down the road when our student athletes are husbands or wives and parents of the next generation [and] when they are passing on the Christian values to their spouses, co-workers, and children.” The development of student-athletes who learn to walk in Truth, love others, and honor God, and who continue to demonstrate these values even when they leave the field or court, is the mark of true success. 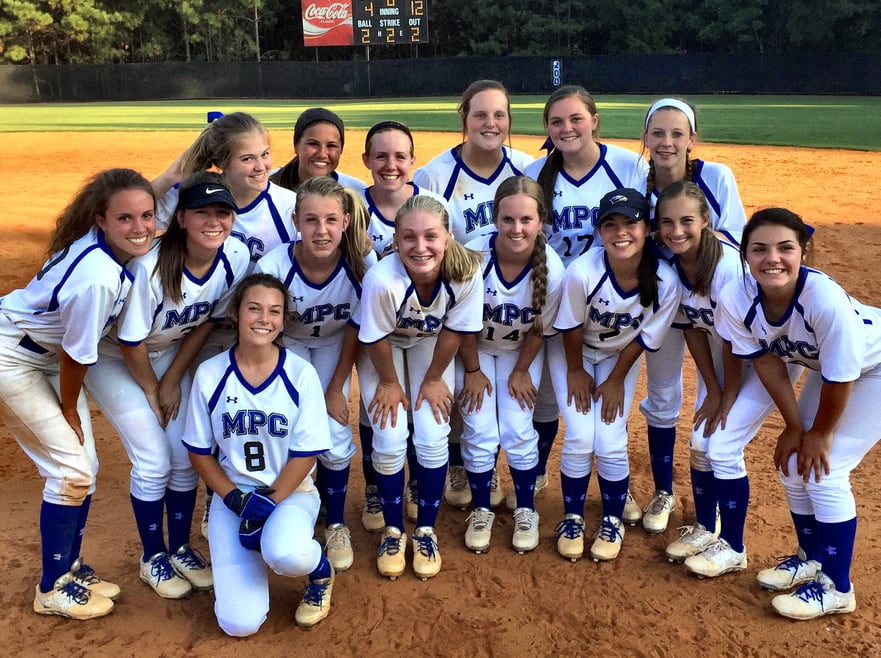 Coaches of Mount Paran Christian School’s athletic program not only believe in the school’s mission, but have actively created opportunities in which to carry it out. Our coaches are purposefully relational and make time to pray and study God’s word with their student-athletes. Greg Phillips, a Varsity Football and Basketball Coach, is one of many coaches who invests a great deal of time in his players and knows them on a personal level. He says, “We have had some difficult conversations over various topics that highschoolers deal with. I think it’s important that they know I care about them and that I have their best interest in mind.” Jake Allen, starting quarterback of the 2014 state championship football team, credits the coaching staff with much of his growth as an athlete and as a man of God. Jake claims, “They showed me what real leadership looks like and pushed me to not settle, and to be the absolute best I can be. They have taught me more than they could ever know.”

Part of preparing servant-leaders to honor God, love others, and walk in Truth, is to provide an example for them to follow. Coach Jordan explains, “Our student-athletes hear God’s Word each and every day in our school, but it is also important that we model that in our daily lives. Whether teaching, coaching, or running into a student on the weekend, sometimes they are going to be more encouraged by our actions than our words.” This type of leadership by example is a conscious objective of our coaching staff meant to support the like-minded goals of church and home.

At Mount Paran Christian School, the effects of a mission-driven community are eternal. As a parent of student-athletes, Michelle Watkins acknowledges, “Mount Paran is truly a faith-based family whose teachers, administrators, coaches, and fellow students shepherd and lead our children through some of the toughest years of their lives. We are so thankful to be a part of the MPCS family.”