How Does Faith Influence Politics?

The 2020 election is quickly approaching. As political discourse and debate begin to consume the public’s consciousness, Christians should ask, “How does faith influence political participation, allegiance, and decisions?”

“He raised Him from the dead and seated Him at His right hand in the heavenly places, far above all rule and authority and power and dominion, and every name that is named, not only in this age but also in the one to come.” (Ephesians 1:19-21)

Jesus is not only the greater authority, but the greatest. And His will, not a political party’s, is the highest authority for Christians because, through faith, our primary and most important citizenship, according to Philippians 3:20, “Is in heaven, from which also we eagerly wait for a Savior, the Lord Jesus Christ.”

As citizens of heaven, we ultimately follow a divine King, not an elected politician, and, in contrast to the ever-changing landscape of the political system, Daniel 4:34-35 says the Kingdom of God “Is an everlasting dominion, and His kingdom endures from generation to generation. All the inhabitants of the earth are accounted as nothing, and He does according to His will among the host of heaven and among the inhabitants of the earth; and none can stay His hand or say to Him, ‘What have you done?’”

The Kingdom of God, unlike either right-leaning or left-leaning political power, is permanent. It’s a solid foundation upon which we can firmly stand, as Jesus teaches in Matthew 7:24-25: “Everyone who hears these words of Mine and acts on them, may be compared to a wise person who built their house on the rock. And the rain fell, and the floods came, and the winds blew and slammed against the house; and yet it did not fall, for it had been founded on the rock.” Furthermore, submitting to Jesus’s authority and pursuing God’s Kingdom, unlike two-party politics, cultivates true unity.

Ephesians 2:13-19 states, “But now in Christ Jesus you who formerly were far off have been brought near by the blood of Christ. For He himself is our peace who made both groups into one and broke down the barrier of the dividing wall, by abolishing in His flesh the enmity, which is the Law of commandments contained in the ordinances, so that in Himself He might make the two into one new person, thus establishing peace, and might reconcile them both in one body to God through the cross, by it having put to death the enmity. And He came and preached peace to you who were far away, and peace to those who were near; for through Him we both have access in one Spirit to the Father. So then you are no longer strangers and aliens, but you are fellow citizens with the saints, and are of God’s household.”

Devotion to God and His church’s unity doesn’t necessitate a commitment to either the Republican or Democratic party, which are temporary and flawed solutions to the brokenness sin creates in the human experience. 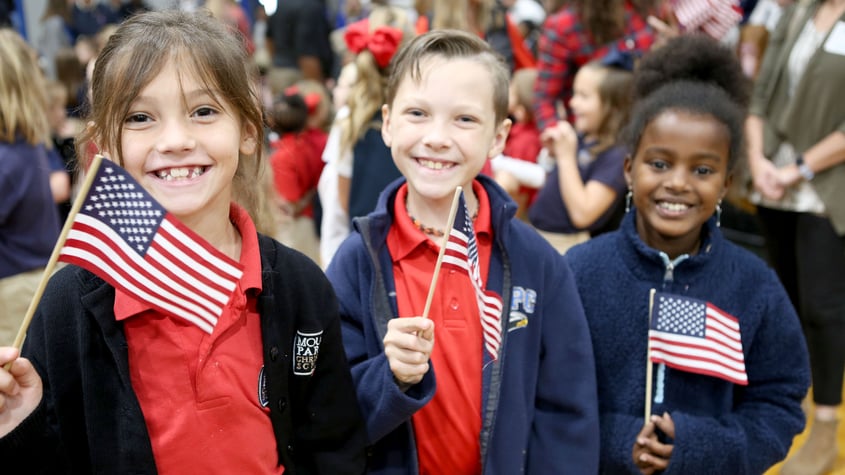 God’s Kingdom ethic, which Jesus outlines during the Sermon on the Mount, calls people to transparency, not hypocrisy; to pursue peace, not anger; to protect the humanity of others, not dehumanize; and to love perceived enemies, not only neighbors. In short, God’s Kingdom ethic is pursuing the flourishing of all people by submitting to the righteous God, understanding His revealed truth, and reflecting His holy character. Seeking to orient others in faithful obedience to the commands of Jesus, not the political agendas of the right or left, is the only path to overcoming sin and experiencing true and substantial human flourishing in a unified community of all people.

In Matthew 6:24, Jesus states, “No one can serve two masters; for either they will hate the one and love the other, or they will be devoted to one and despise the other.” Since neither political party and no politician perfectly reflect God’s Kingdom ethic, we cannot elevate politics above God. Seeking to achieve political goals is a temporary solution to sin’s effects, at best, and a self-righteous tool of oppression amplifying sin’s effects, at worst, because it largely depends on legislation, which as we see in scripture fails to change hearts. Seeking to fulfill Jesus’s prayer of “Your kingdom come, Your will be done on earth as it is in heaven” is a permanent solution to sin rooted in the eternal promises of God, achieved by the righteousness of Christ, which, through faith, changes hearts and, in turn, changes action or behavior to be oriented towards God and the flourishing of everyone, not only the individual or group.

Therefore, as we approach November, let’s pledge loyalty to the greatest authority of God and His permanent Kingdom, and remember everyone, being created in the image of God, possesses inherent value deserving of love and respect. 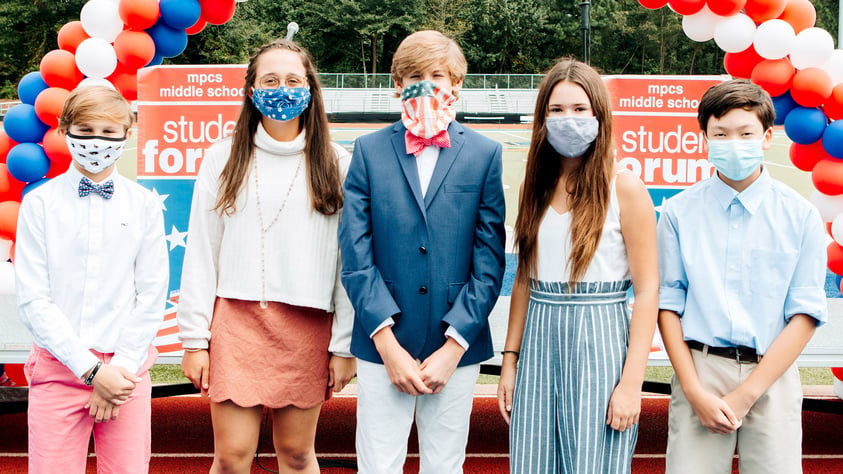 Scott Minear is the twelfth-grade Bible teacher (Christian Apologetics) at Mount Paran Christian School. He received a BEd from the University of Georgia and a MDiv from New Orleans Baptist Theological Seminary. The 2019-2020 school year was his fourth year of teaching in the educational context.