Have you ever been asked a question about your faith you just could not answer? Have you ever questioned your own beliefs and wondered if what you were taught was actually truth? I can gladly say “yes” to both questions because, in so doing, I have come to realize that I must improve my understanding of my faith, of my beliefs, and of my intellectual understanding of Christianity. 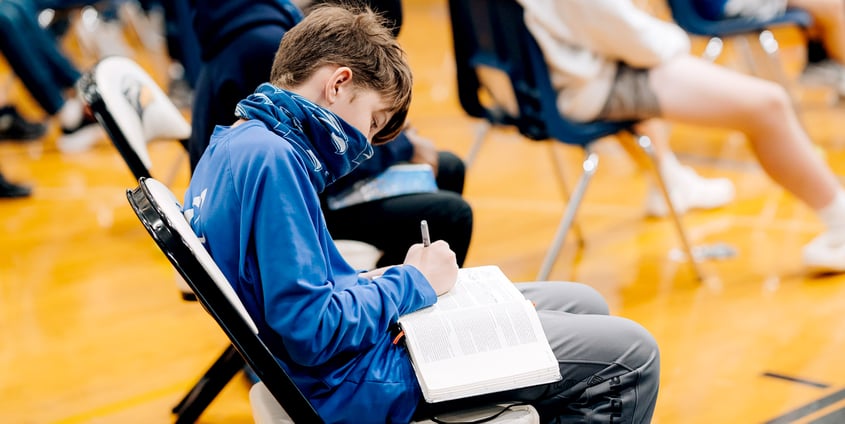 There is a dangerous complacency among Christians today. Far too often we are content to listen to our pastors, our professors, or others around us without questioning what it is we believe. In many cases, we lack the skills and understanding to truly grasp what A. W. Tozer calls a “knowledge of the holy.” As Christians, we have been plagued by a lack of attention to the intellect and to what an intellectual understanding of Christianity means. Too often, faith is the singular ingredient and the intellect is seldom, if ever, challenged.

What follows discusses the importance of developing an intellectual passion aimed at a greater understanding and love for our Lord and Savior Jesus Christ. What does it mean to develop mental maturity, to become a thinking Christian, to embrace wisdom? I have begun with two examples of ways in which Christians have fallen into traps that God never intended—the first being Christians of “blind faith” and the second being Christians who seek to develop intellectual capacities simply for the sake of knowledge. 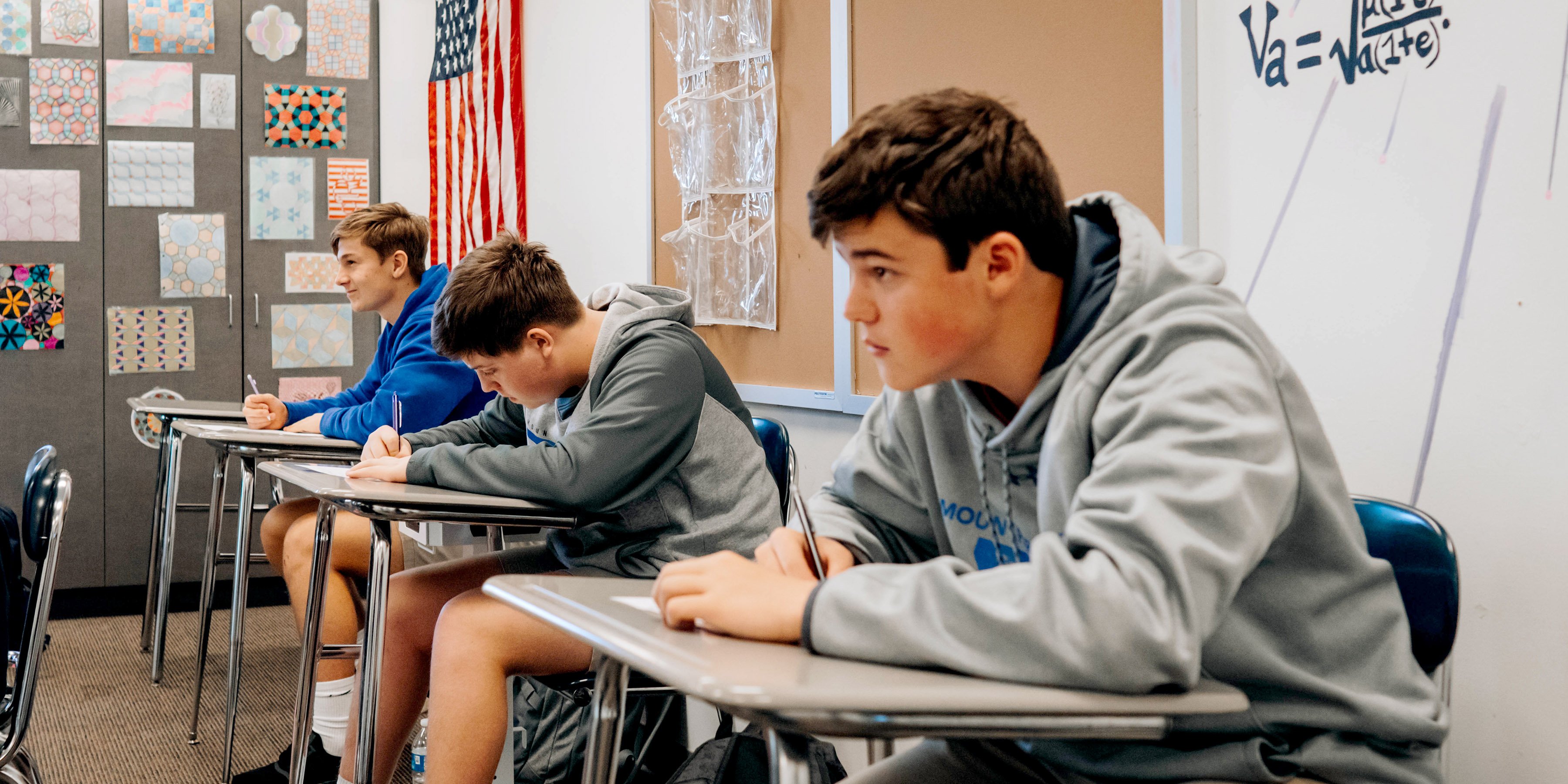 
At Mount Paran Christian School, we go further than “blind faith.” It is the mission of the school to unite with home and church to prepare servant-leaders to honor God, love others, and walk in Truth. We provide teachers and mentors who will equip young men and women to influence the world with a well-developed understanding of Christianity, with faith that is real and relevant, and with the knowledge that Christians are called to use our hearts and minds to make a difference in the world in which we live, work, and participate.

By no means do I want to suggest that faith is irrelevant. On the contrary, faith is the key element of Christianity. Paul writes in Ephesians that by grace we are saved through faith and that we can do nothing ourselves to earn salvation. We are called to be people of faith. It is essential and imperative.

What I do not see in the Bible, however, is the call to be people of blind faith, ignorant of the tenets and underlying principles of Christianity. We are called to the opposite. Matthew 22:37 implores us to “love the Lord your God with all your heart and with all your soul and with all your mind.” In the same chapter of Matthew, we see that Jesus employed the ability to debate using logic and rhetoric. The Pharisees, it says in verse 15, sought to “entangle him in his words.” Jesus, however, saw through their methods and spoke to them in their language, quoting the law and interpreting the culture of the day.

In 1 Peter 3:15, we are called upon to “always [be] prepared to make a defense to anyone who asks you for a reason for the hope that is in you”. In Love Your God with All Your Mind, J. P. Moreland writes: “If we are to love God adequately with the mind, then the mind must be exercised regularly, trained to acquire certain habits of thought, and filled with an increasingly rich set of distinctions and categories.” Our intellects are to be stretched and worked often so that we can grow to love God more.

Christians need to understand that God speaks to us and is revealed to us through his Word, the Bible. As R. A. Riesen put it in Piety and Philosophy, “Since the message of God to man is delivered in the form of words, it is imperative that the exact meaning of those words be known.” This implies the opposite of what is extolled by those who call for blind faith—that we must dig in. We must get to know God with our intellect and understand who He is through the study and examination of His word and His creation.

By the Great Commission (Matthew 28: 18-20), Christians have been called to make disciples and teach all nations. We have not been given an option. It is clear that we are to go into all the world. If we are to do so, like Jesus and the Apostle Paul we had better be equipped with more than blind faith. 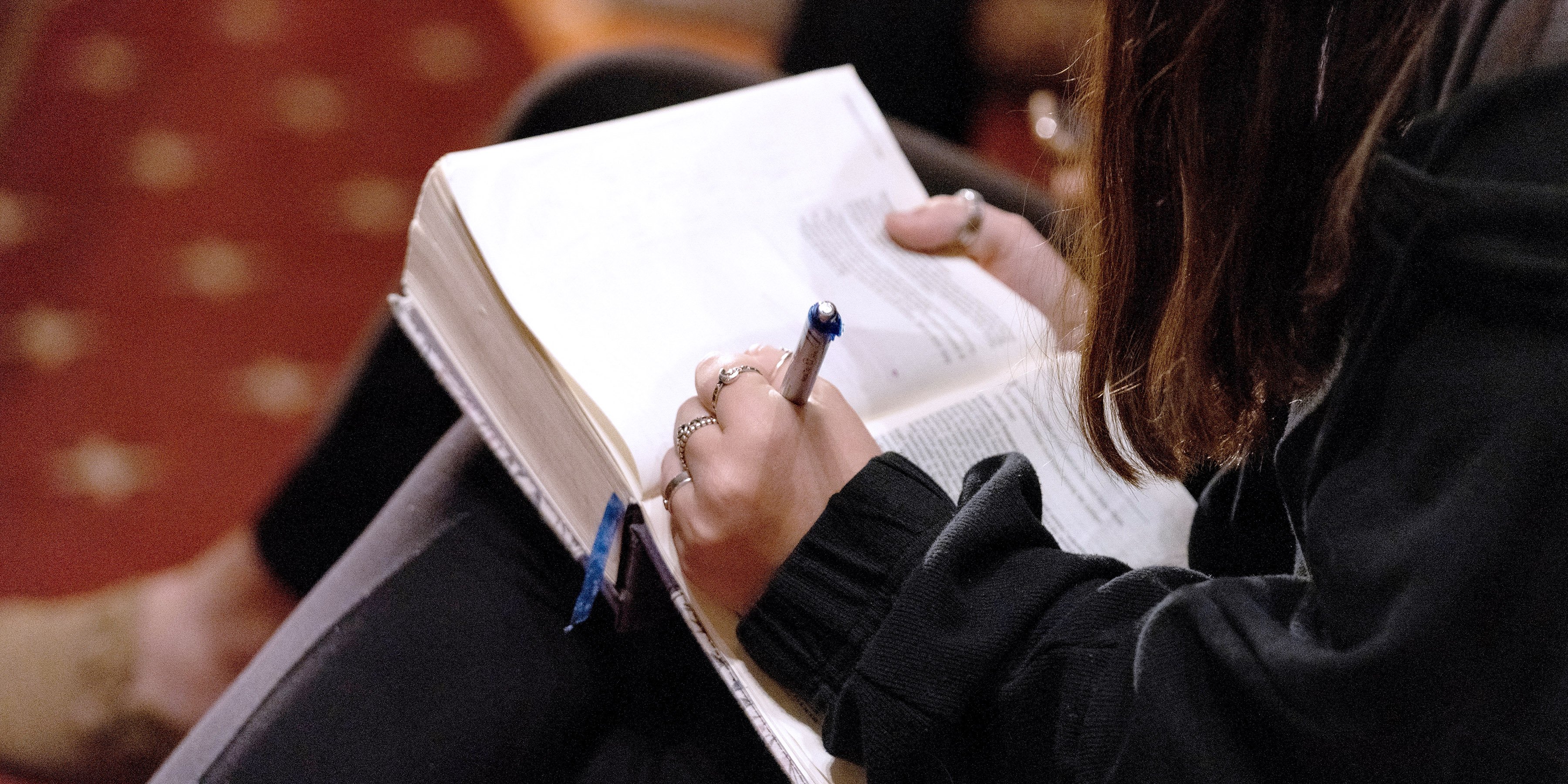 KNOWLEDGE FOR ITS OWN SAKE

Christians must be intellectually equipped in order to know God more deeply and in order to perpetuate the Kingdom of God. Unfortunately, many Christians have fallen away from faith as they have begun walking the slippery slope of intellectual advancement. 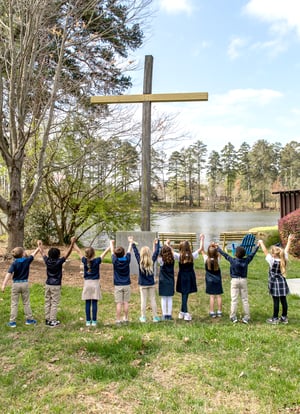 We are called to be Christians who use our minds. In his wonderful essay, “Learning in War-Time,” in the collection The Weight of Glory, C. S. Lewis writes, “Good philosophy must exist, if for no other reason, because bad philosophy needs to be answered.” We must be ready to defend the faith, to answer the questions of detractors, to supply ideas to those who are seeking, and to guide lost sheep in need of a shepherd. Being culturally relevant Christians requires us to have a strong grasp of the foundations of Christianity as well as an intellectual understanding of the world in which we live.

The problem is that “knowledge puffs up” (1 Corinthians 8:1). Many times, those who seek knowledge do so for nothing but the sake of greater knowledge. James Packer suggests in his great book, Knowing God, that when we seek theological knowledge for its own sake, we risk our spiritual health. Harvard College and many other institutions began with the aim to train men in spiritual and theological matters, a most noble and important cause. Yet, they have dissolved spiritually. Knowledge became something to be gained for knowledge sake, not for the sake of knowing and loving God more fully and furthering His Kingdom.

It is the heartfelt goal of Mount Paran Christian School, as well as other Christian schools, to hold true to the faith and consistently to seek guidance from God as decisions are made. The questions that may arise in such an institution include When is the school too academic? How much knowledge is too much knowledge?

It is not possible for Christian education… to be too academic. The purpose of education is precisely to be academic… The point is simply that we in Christian schools must do everything in our power to ensure that in future generations there is no scandal of the evangelical mind, that we have not opted out of or reneged on our responsibility to engage culture and the natural world intellectually and academically; that is, that we have not given the impression that Christian faith is somehow inimical to careful, honest thought or that honest thought destroys faith.

We believe we must train students academically and intellectually. As we do, our students’ faith will grow as they learn more about all of life. Seeking and questioning ought to be a goal for an academic institution. If we truly trust in the sovereignty of God, those same questions will certainly lead right back to the creator of all, the one true God, Jesus Christ. 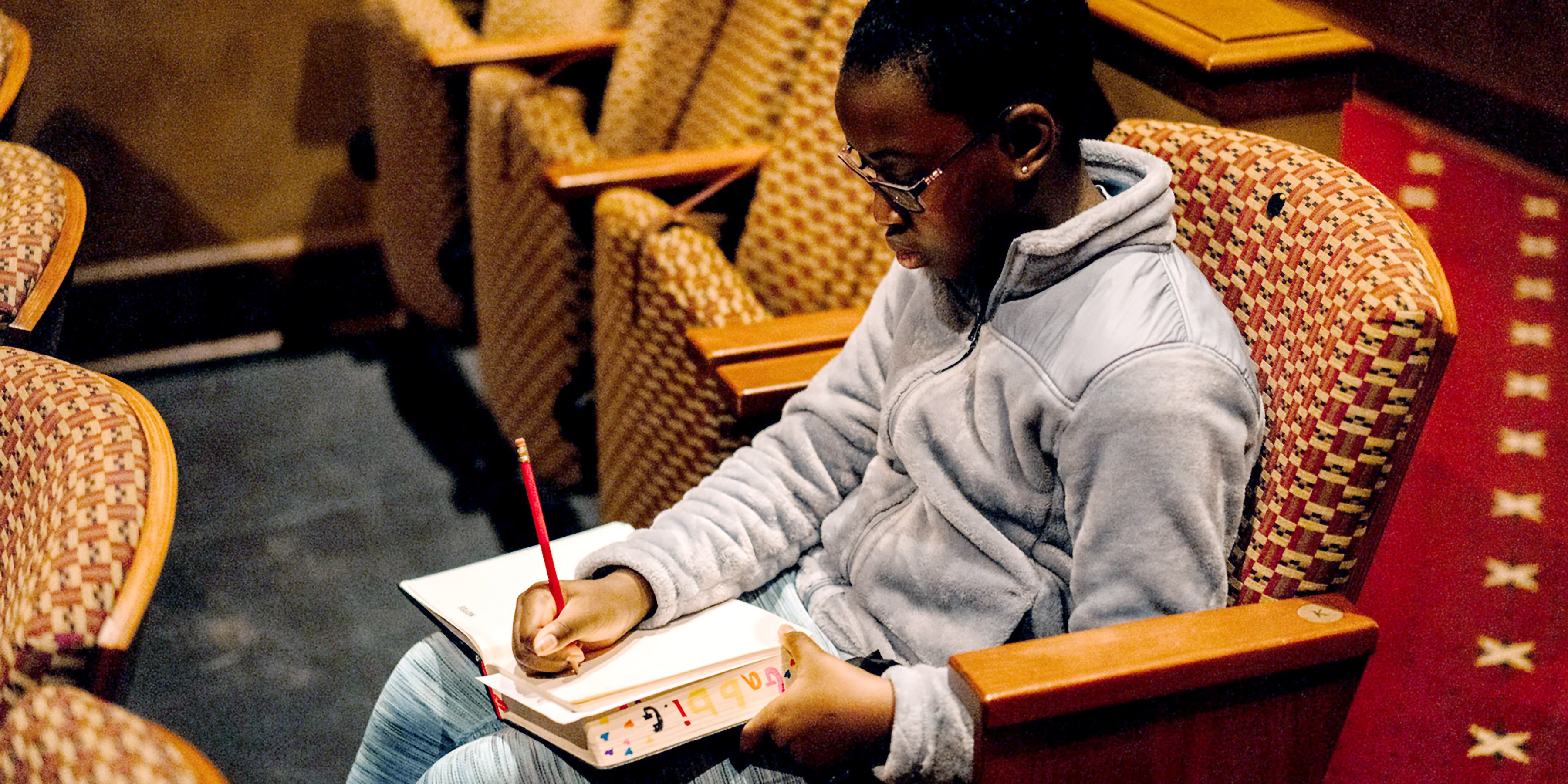 WHAT's A CHRISTIAN TO DO?

How do we impress upon our generation the importance of developing a Christian mind for the glory of God? How do we integrate our faith with the necessary scholarship that will enable the mind to grow and the Kingdom of God to advance? The Apostle Paul appeals to us: Do not be conformed to this world, but be transformed by the renewal of your mind, that by testing you may discern what is the will of God (Romans 12:1-2). 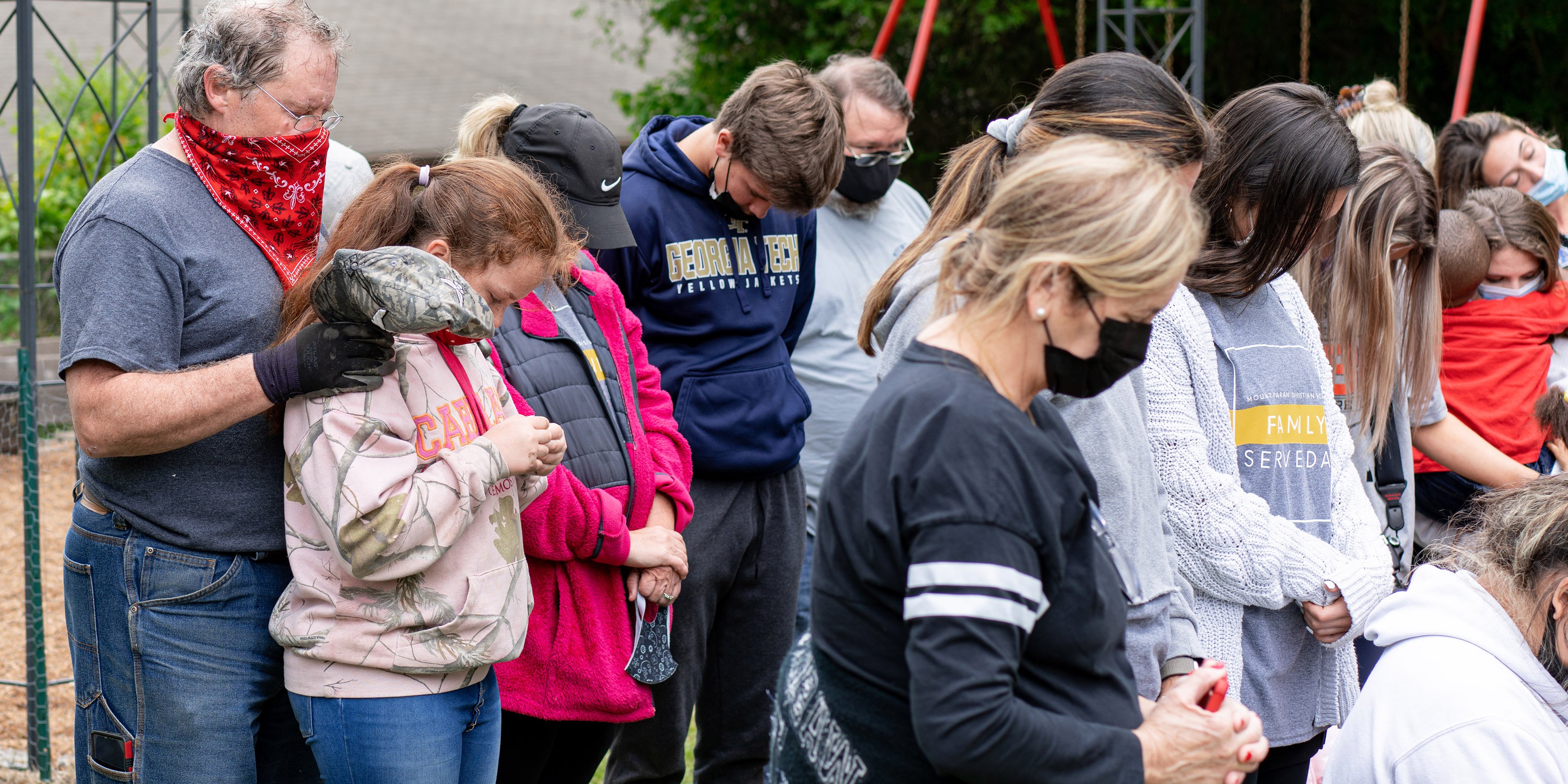 Mount Paran Christian School is just one example of a school’s working to train students to become transformative, Christian leaders. Whether attending a Christian or secular university, I challenge you to become a thinking Christian—mentally mature, willing and able to embrace wisdom. This is a never-ending task, as Christians must seek daily to know Jesus more and to embrace Him more fully. In so doing, we must strive to be people of faith, committed to enhancing faith with our intellects, by the renewing of our minds, learning from others, and growing in community as believers. Not only will we mature mentally and spiritually, we will influence the world around us.

Timothy Wiens serves as the Head of School at Mount Paran Christian School. Dr. Wiens earned his B.A. and M.Ed. from Bethel University, an M.B.A. from the University of Oxford, and a doctorate in Organizational Leadership from Saint Mary's University.


This blog was adapted from an article that originally appeared in the September 2008 issue of Comment Magazine.