ParentEd.: Redshirting - Do They Need That Extra Year?

MPCS recently held a ParentEd. talk titled “Redshirting: Should They Stay or Should They Go?” The seminar delved into the recent trend of giving students an additional year between preschool and Kindergarten. Both sides of this controversial issue were discussed, and the benefits of each side were outlined. Here are some takeaways from this informative ParentEd. seminar.

“Redshirting” is a term that historically pertained to college athletes who deferred playing their freshman year and therefore maintained an additional year of eligibility in their sport. The practice of adding an additional year in education gained popularity after the book Outliers: The Story of Success by Malcolm Gladwell was published in 2008. In his book, Gladwell states that a person’s age relative to his or her peers is a key predictor of success, and that older students are more likely to perform at elite levels in sports and excel in academics.

REASONS TO GIVE AN EXTRA YEAR

The proponents of redshirting list several advantages to giving children an additional year before attending Kindergarten. The additional time gives children a chance to grow emotionally, academically, and physically. Many parents believe this helps level the playing field later on when academics and sports become increasingly competitive. 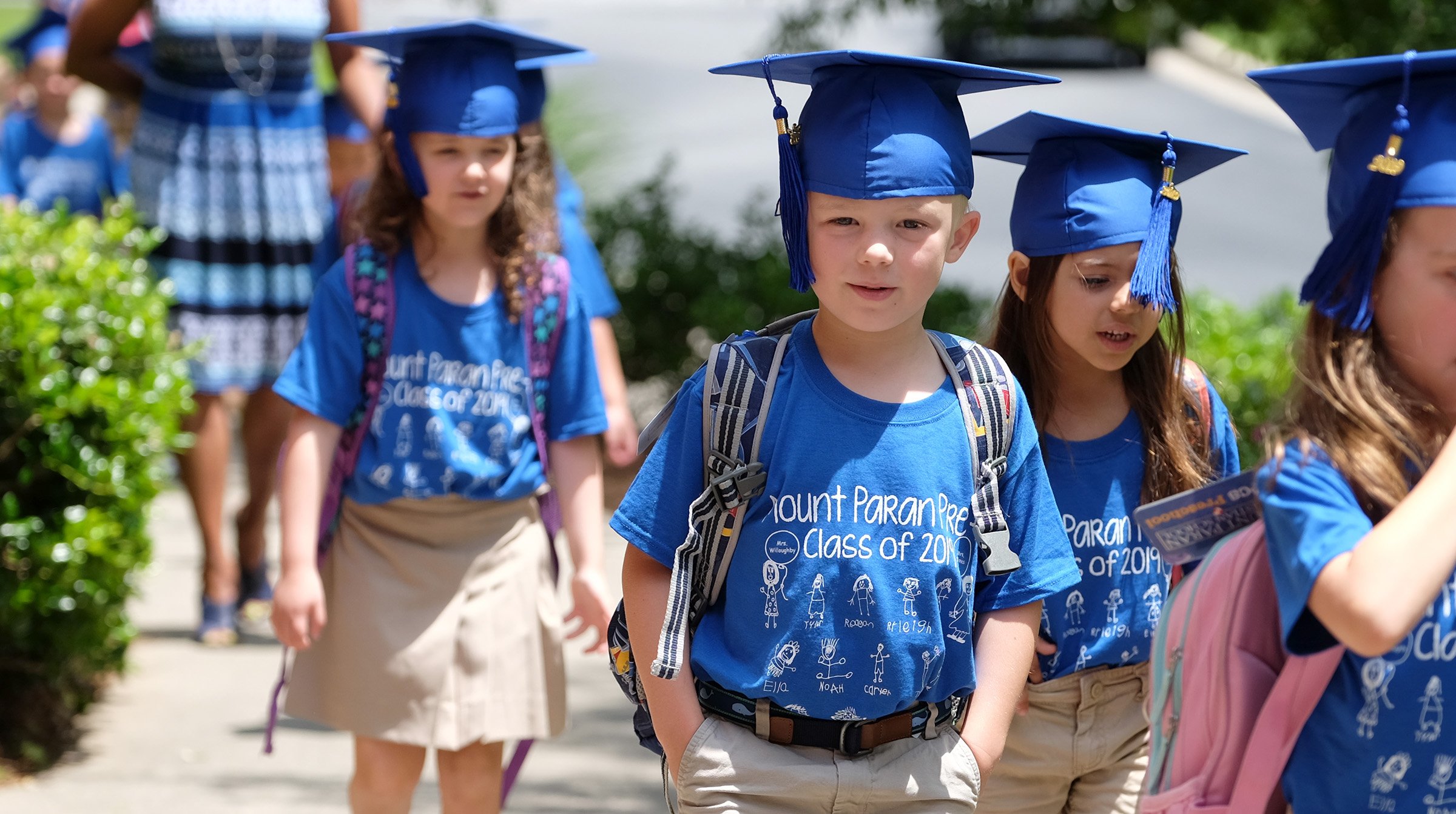 A second argument is that the social and emotional maturity that comes with an additional year is a benefit that only time can provide. A child’s emotional and social development can’t be rushed or predicted, so another year to explore and experience in a developmentally appropriate environment can be a huge asset. Additionally, proponents of redshirting argue that better self-regulation and increased attention span can decrease the likelihood of a child having attention issues. Finally, one of the most important reasons for redshirting is confidence. Students who are redshirted have time to gain much needed confidence in their abilities and become more comfortable taking risks and advocating for themselves.

REASONS TO SEND THEM ON

Opponents of redshirting argue that the benefits of being older are few to begin with and decline as students  progress through the grades. Some argue that redshirting can result in boredom in later grades, behavior issues, and demotivation in school. Some say that being younger creates drive and work ethic which eventually supersedes their older peers academically in later years. Parents also argue that the perceived deficits that lead to the decision to redshirt may resolve by the beginning of the next school year. 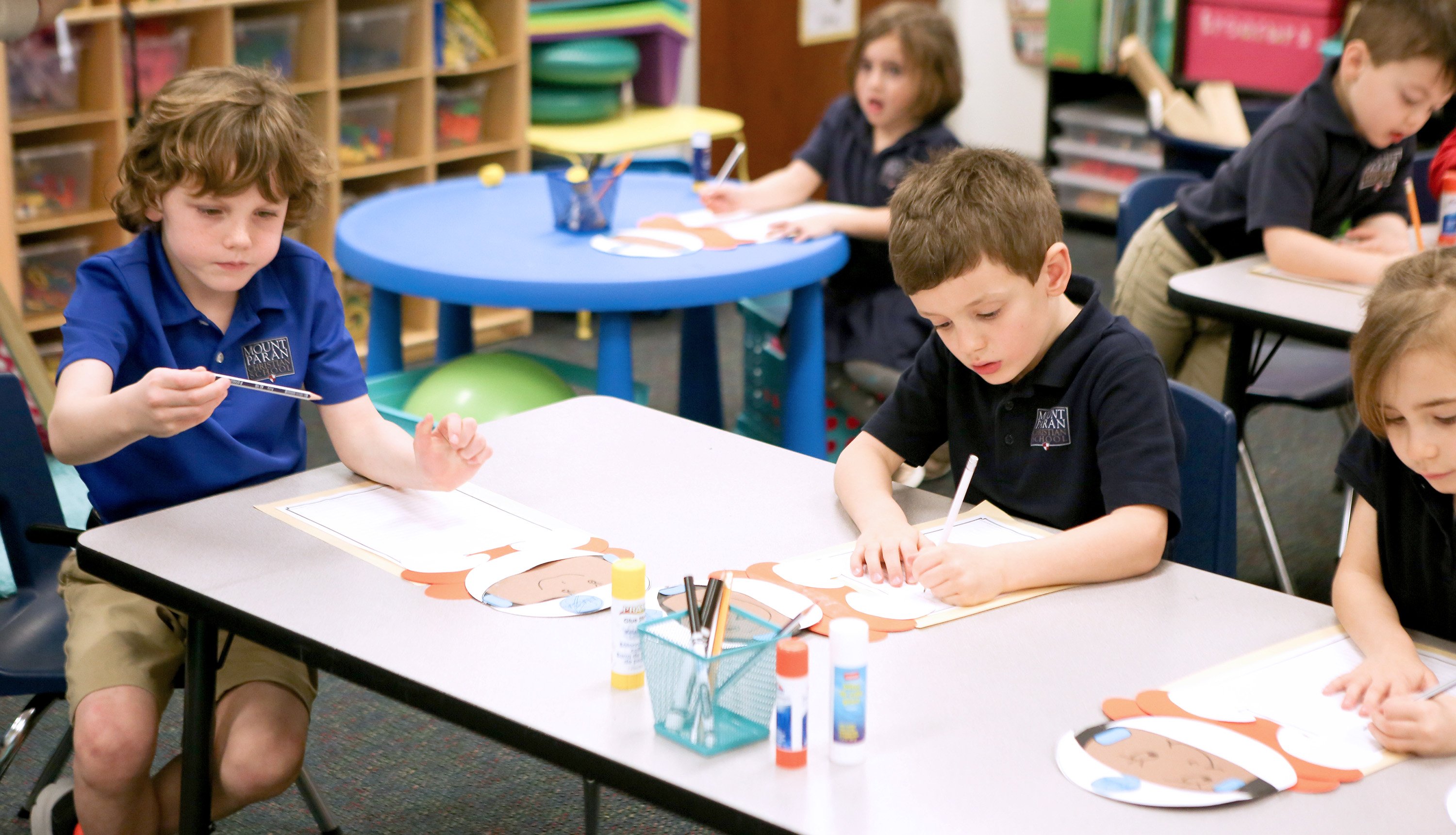 For answers to the many questions regarding redshirting, we look to the research that has been conducted. Studies show that redshirted students more often come from homes of college-educated parents and are often of a higher socioeconomic status. More boys are redshirted than girls, as are children with late spring or summer birthdays as opposed to children with fall and winter birthdays. 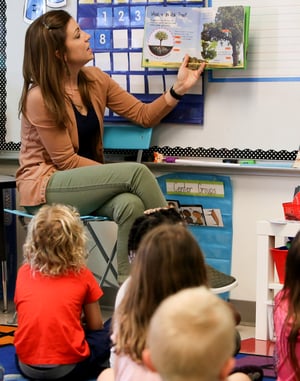 Research varies widely about the immediate academic benefits of redshirting, with some saying that in the early grades an older child performs better on standardized tests simply because they are older and have had more experiences. However, research does show that children who are older for their grade have a measurable edge compared to their younger classmates in the long term. A paper by the National Bureau for Economic Research showed lasting academic benefits of redshirting, and a study conducted at Stanford University showed lasting mental health benefits as well.

Perhaps the most compelling research comes from a study published in the New England Journal of Medicine in 2018. This study showed that students who turned five in the month before starting Kindergarten were 30 percent more likely to be diagnosed with ADHD than children who started Kindergarten in the month they turned six. One author of the study says the findings suggest that children are being over-diagnosed because they are relatively immature compared to their older classmates.

WHAT DO PARENTS SAY?

What do those who have experienced redshirting say about it? One study focused specifically on the social and emotional effects of redshirting rather than the academic results. The purpose of the study was to assess overall life satisfaction of adolescent boys depending on whether or not their parents redshirted them in Kindergarten. Both parents and the students were surveyed using an overall life satisfaction scale. Of the adolescents surveyed, the redshirted students showed significantly higher levels of life satisfaction than those who had not been redshirted. The redshirted students were happy with the decision their parents made and could not think of any ways that it had hurt them, only helped. The non-redshirted students stated that they wish they had been redshirted and reported that they always felt as if they were just trying to keep up. 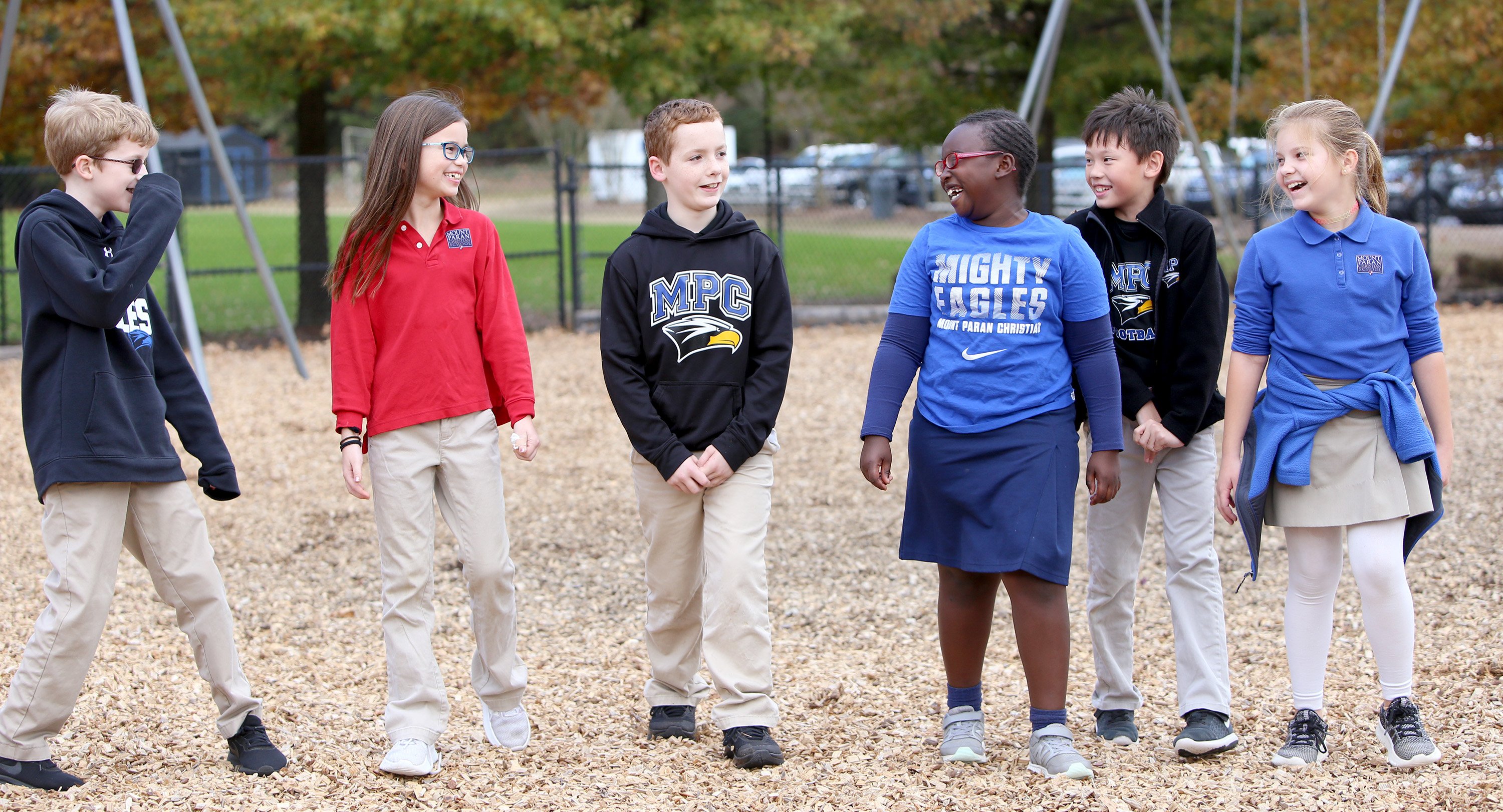 Both groups of parents noted that the redshirting decision had much more impact once their children entered adolescence than it did when they were younger. The parents of the redshirted students said that they would make the same decision again without questions. However, of the non-redshirted parents, 70 percent said they would redshirt if they had to choose again.

Overall, the evidence suggests that the true advantages of redshirting are long term and less tangible than test scores and other academic indicators can illustrate. Qualities such as increased life satisfaction, greater ability to self-regulate, and better overall emotional health are more difficult to quantify but are essential to a child’s overall success in life. 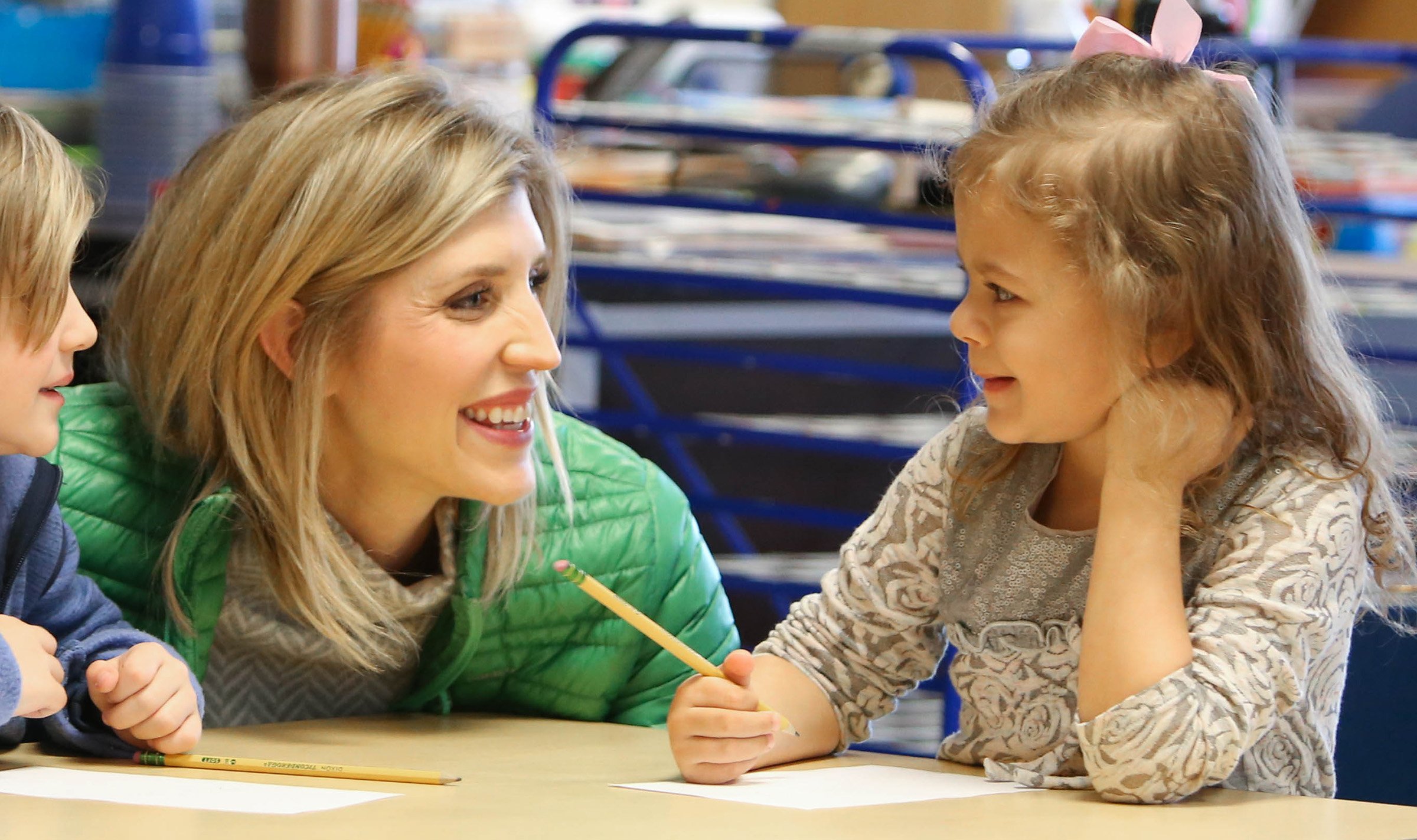 In summary, when considering whether or not to redshirt a child, parents should think about the long-term effects on their child. The decision to give your child an extra year can be difficult and will have a lasting impact on their overall experience in school. Every child is different and may or may not display the need for an extra year before starting Kindergarten. Most of the time, the considerations surrounding redshirting involve a child’s social and emotional development, which can’t be accelerated despite their obvious academic readiness. In trying to set them up for success, we must consider that the world our children are inheriting is fast-paced and requires the kind of problem-solving skills for which risk taking and resilience are essential. A greater level of confidence in themselves and their abilities is perhaps the best advantage we can provide for our children.

MPCS offers a Transitional-Kindergarten (TK) class for children who may need an additional year of academic and social/emotional preparation for grade school. The MPCS family would love to have you visit on a Weekly Wednesday Tour to learn more about the difference a loving, Christian environment can make for your child in such a setting.