ParentEd.: Raising Athletes: The Good, Bad, and the Ugly

As part of its ParentEd. speaker series, Mount Paran Christian School continues its commitment to partner with parents in the total education and raising of their children. Through each ParentEd. talk, MPCS provides families with great parenting resources and tips to help overcome obstacles as children grow through different stages. We also explore many trends and topics that are influencing young children and teens in today's culture. 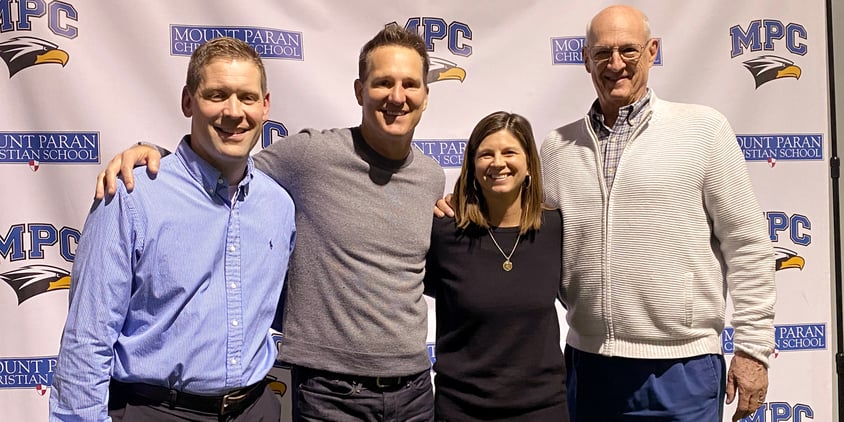 Mr. Kanell’s athletic expertise spans both the collegiate and professional level in multiple sports. Though he was drafted in high school by the Milwaukee Brewers in round 19, he decided to further his education at Florida State University. While in college at Florida State University, Mr. Kanell led the Seminoles to Sugar Bowl and Orange Bowl victories as quarterback. He was selected as the 1995 ACC Player of the Year and the National Football Foundation and College Hall of Fame Scholar Athlete. Mr. Kanell was inducted into the Florida State Hall of Fame in 2012. While at FSU, he also played baseball for the Seminoles and was again drafted for baseball, this time by the New York Yankees in the 25th round. Ultimately, he chose to sign with the NFL’s New York Giants when he was drafted in 1996. Mr. Kanell made his NFL debut later that season, leading the Giants to the NFC Eastern Division title. He also played for the Atlanta Falcons and the Denver Broncos until 2004.

After his pro football career, Mr. Kanell became the host of ESPNU's UNITE and served as color analyst for Friday Night college football games and college baseball and called the ABC Saturday afternoon college games. He later became the co-host of the Russillo and Kanell show on ESPN. Mr. Kanell then joined Fox Sports 1 as a college football analyst.

Mr. Kanell stresses the importance of a Christian education, stating it was “one of the best things my parents ever did for me.” His high school football team would pray before practice, and being centered around God was the priority. 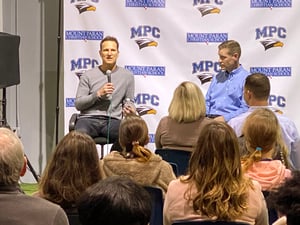 During a hectic college recruiting process, Mr. Kanell knew he wanted a collegiate environment that would continue the faith foundation laid in high school. He found coaches who shared similar values at Florida State. Head Coach Bobby Bowden’s genuine faith was important, describing him as “your favorite grandad with words of wisdom… who treat[s] everyone the same way. People leave more impressed after spending time with him.” Coach Bowden’s Friday night “sermons” before game discussions always ended with a call for the players to talk to the coach about their faith and the afterlife.

Mark Richt was the quarterback coach for FSU at the time and did most of the recruiting. He led a daily devotion before the team would begin watching film. He was serious about Jesus and football. “I had to earn my job, and he had to be hard on me,” Mr. Kanell says. “I got a big head at times and needed a good chewing out every once in a while. I struggled with practice. As a young immature player, you don’t realize the importance of practicing close to perfect. He was hard on me because he saw potential. It’s a hard lesson to learn.”

Mr. Kanell says of his time at FSU, and later in the NFL, that he learned a great deal — advice that he gladly shares with competitive student-athletes.

After sharing his personal insights, Mr. Kanell addressed various questions from the audience. 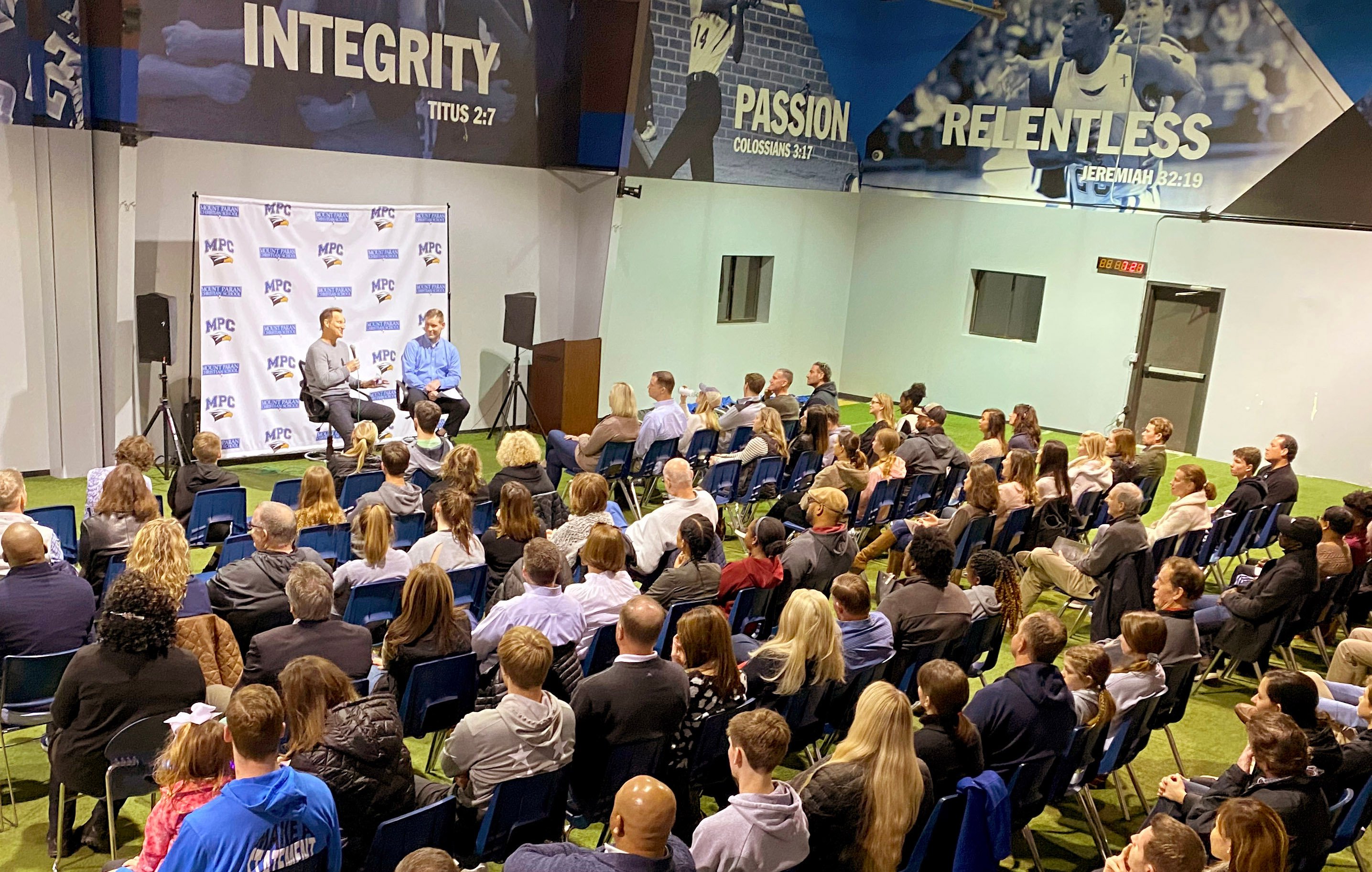 Danny Kanell is a sportscaster for CBS Sports, Fox Sports 1, and SiriusXM. Mr. Kanell is a former NFL quarterback and was previously a college football analyst for ESPN networks and ESPN Radio personality. He is also the host of Dog Day Sports with Steve Torre on Mad Dog Sports Radio, SiriusXM channel 82. He resides in Florida with his wife and three daughters.

Amber Irizarry is the Communications Content Specialist for Mount Paran Christian School. She earned a Master of Arts degree in Communication from Georgia State University.