Imagine walking into a high school classroom early in the morning and 16 teenage students are already huddled in a semi-circle anxiously awaiting the start of a leadership session. Yes, a lesson on leadership.  The students are dressed in oxford shirts, school ties, skirts, and khakis while posing studiously for the picture. A widescreen television is directly in front of the group with a picture of Robert E. Lee High School students from the toughest part of Jacksonville, Florida. These students are sporting t-shirts, jeans, and creative hair styles while positioned in fun poses for the picture.

The initial on-screen introductions brought laughter from both groups, but as the weeks progressed the laughter slowly became understanding and respect. The students from two different worlds participated in a parallel program discussing the “dream killers” that are present in their lives and schools. This is the Power of Peace Project, better known as, the POPP.

The POPP is a curriculum-based character and leadership development program. The POPP brought together two opposite worlds of teenage students who, though they come from different backgrounds, share in the same daily struggles as they protect their dreams. Kit Cummings, the founder of the Power of Peace Project, shared his life experiences- from prison ministry, where he interacted with some of the toughest gangs from around the world, to his days as a campus minister at the University of Georgia. He led powerful discussions that challenged the minds of the teens to dream big. He challenged the teens to learn how to protect those dreams, whether in the safe environment of a private Christian school or an impoverished community like Lee High. He taught that all dreams are at risk and in need of protection. 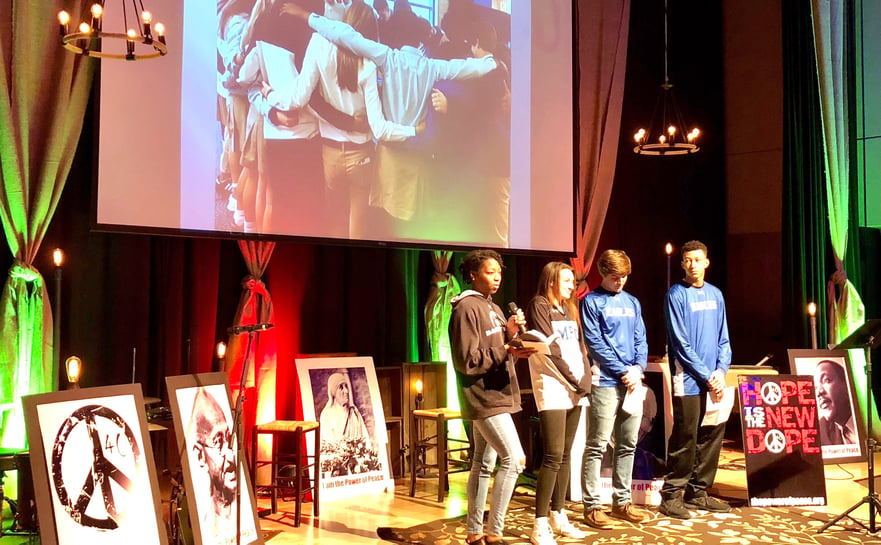 The students were enlightened as they realized that though their worlds appeared different, the dream killers in both environments were the same. The weekly curriculum studied achievers like Serena Williams and past olympians and presidents. The sessions peeled back layers to explore pop culture superstars who have overcome drug-dealing backgrounds, humble living situations, and more, in order to become dream achievers like Oprah Winfrey and rap artist Eminem. The program didn’t request admiration of these people, but recognized their “I can” and “I will” attitudes. Their daily challenges included using their personal influence to give the “not-so-popular” student a voice. They challenged cyberbullying, learned not to objectify classmates, and focused on respect for authority. The challenges were personal as the students learned how to conduct their lives as future employees, husbands, wives, moms, dads, and student-athletes. 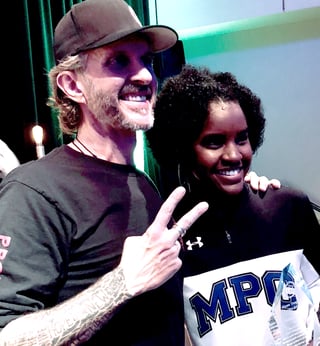 The most important goal of the program was to help the students take ownership of their lives and school environment. The message was simple: “Stand Up.” Kit Cummings expressed his dream for both groups is that each would have grace and understanding as they meet one another on the streets of life. Eight weeks of meetings, challenges, motivation, and most of all, growth for the student and the school environment defines and inspires the "Power of Peace Project."

Several varsity teams at MPC took part in the eight-week leadership series via Skype with Lee High School. The course culimated with a leadership banquet where speakers and students shared their personal testimonies in a powerful finale.

To learn more about the athletics programs at MPCS, click here.